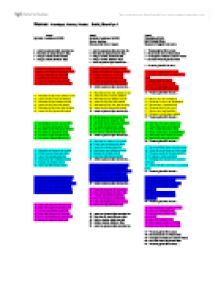 B.R. Chopras interpretative rendition of Ludhianvis poem in the movie Sadhna, aims to symbolically capture this subtle irony. He uses light, mirrors, statues and choreography to capture both the essence of Ludhianvis poem and to subtly mock

It is her "taqdeer" (Urdu for fate). It is her "badkismat" (Urdu for her bad fate). She may give birth to "Saints and prophets" (37), but regardless of her service, she remains a "fiend" (38). Her utter damnation is irreversible, written in the stars, fated to happen regardless of her efforts and tragic till the end of time. Ludhianvi culminates with a single image- her deplorable lot, a "thing" again, a mere decoration that must serve her son. Sahir Ludhianvi's poem "Aurat", if viewed in contrast to the Hindu society at which it is aimed, remains laden with irony. Considering that in the pantheon of Hindu gods and goddesses, one goddess, the supreme mother goddess Durga remains above all gods and goddesses in power, knowledge, strength, wisdom and love. It is described in Hindu texts dating the prehistoric Indus Valley civilization, the story of a time when even the mighty Hindu gods in heaven were unable to defeat a demon so powerful that he had overwhelmed their powers and the gods had to leave heaven, defeated. It is written that there came a point when finally, individually defeated, the gods decided to combine all their powers to see what would happen. It is written that, "all the energies of the gods united and became a supernova, throwing out flames in all directions. Then that unique light, pervading the Three Worlds [heaven, earth and the underworld] with its luster, combined into one, and became a female form". 1 The female form was given the name, Durga, which translates in Sanskrit as "the inaccessible". 2 However, academics reveal that the goddess' name does not mean "inaccessible" in the limiting sense understood by patriarchal society, but rather as "one-in-herself", or as "belonging-to-no-man". Academics similarly deliberate that her name also means "beyond reach", an "echo of the woman warrior's fierce, virginal autonomy."3 Nitin Kumar notes in his article "Durga", that her divine power does not depend on her relation to a husband-god, and her actions are not dependent on the need to "conciliate such a one or to accord with his qualities and attitudes". ...read more.

Lakshman cleared his throat and said: "Who are you, maiden? Do you come from these parts?""Not far from here," said the beautiful woman, while the covering on her bosom slipped a little without her noticing it. "Lord," she said, going up to Ram and touching his arm, "let's go a little way from here. There's a place not far away where you can get some rest." Within the beautiful body, the rakshasi's heart beat fiercely, but with trepidation."I don't mind," said the godly one slowly. "But what's a woman like you doing here alone? Aren't you afraid of thieves?" "I know no fear, Lord," she said. "Besides, seeing you, whatever fear I might have had melts away.""Before I go with you," conceded Ram, "I must consult my brother - and tell him what to do when I've gone." [The girl] said: "Whatever pleases you, Lord," but thought: 'I've won him over; I can't believe it. My prayers are answered.' Ram went to Lakshman and said: "This creature's beginning to tire me. Do something." "Like what?" said Lakshman. He was sharpening the blade of his knife. Ram admired the back of his hand and said moodily: "I don't know. Something she'll remember for days. Teach her a lesson for being so forward." Lakshman got up wearily with the knife still in one hand, and Ram said under his breath: "Don't kill her, though." A little later, a howl was heard. Lakshman came back; there was some blood on the blade. "I cut her nose off," he said. "It," he gestured toward the knife, "went through her nostril as if it were silk. She immediately changed back from being a paradigm of beauty into the horrible creature she really is. She's not worth describing," he said as he wiped his blade, and Ram chuckled without smiling. "She was in some pain. She flapped her arms and screamed in pain and ran off into the forest like an agitated beast."5 Before the story continues, it is of great debate what, exactly, the myth notes that Lakshmana does to the 'demon' woman. ...read more.