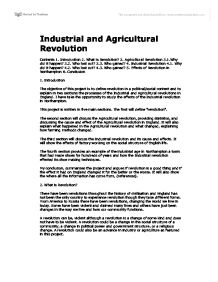 In some fields a horse-drawn drill would sow the seed in rows, in other a human sower would walk up and down with a basket and fling the seed with both hands broadcast. In harvest time, the mechanical reaper was a familiar sight, but it only did a small part of the work. Flora Thompson Lark Rise to Candletord In the 1700's there was only a small population in England mainly in the south west and east Anglia but by 1901 the population was spread over the entire country, including Scotland and Wales with most areas with over 520 people per square mile. Between 1801 and 1851 the urban population had doubled and by 1901 it had almost doubled again because of the increasing birth-rate and migration from the country to the towns. The population also increased because between 1870 and 1914 the male and female death rates rapidly dropped. Families became smaller and from 1900 child death rates dropped too. Because of the population increase and dropping prices in farming food prices dropped and farmers became more wealthy and prosperous. There was less competition from abroad and because of a higher population more food was needed. Colonies made plantations in Africa, Asia, Pacific and the Caribbean and soon the first cash crops were made like coffee, tea, bananas and rubber. 3.2 Who lost out? There were few people who lost out in the Agricultural revolution but when the fields were changed from strips to fields the peasants lost their land and often their jobs. They often revolted in small numbers but there was never a full scale battle between the authorities and the peasants. The peasant farmers also lost out when the machines like the tractor were invented and there was less need for human labour and so many peasants were made redundant. 3.3 Who Gained? Many of the rich land lords were the main people to gain. ...read more.

Owners of factories and the merchants amassed personal wealth from the shoe industry they built large houses in fashionable parts of the town like the race course and Abington Park. They built attractive factories and modern terraced houses for the shoe workers that still exist today even though most of the factories have long since closed. The houses for the workers formed new suburbs around the factories, which included schools, churches, and shopping streets. These areas formed the boundaries of the town until very recently and provided almost all the manufacturing jobs. 6. Conclusion Were the Industrial and Agricultural Revolutions really revolutions, or where they the beginning of a evolutionary process. We are still going through the Agricultural and Industrial Revolutions, new farming methods are still being developed and new technologies are still being produced. I would argue that the Industrial and Agricultural Revolutions were the beginning of an evolutionary process and not a revolution which according to many definitions is a rapid change, probably taking up to about three years. Was revolution a good thing for England? The Industrial and Agricultural revolutions were good things for the country as they gave England a new strength and knowledge that nobody else had. They helped the country expand and become more powerful, as well as strengthening our economy. The Agricultural Revolution reduced the risk of famine as the country was not well structured and food was now accessible to all. But who did these revolutions help? Well it definitely wasn't the peasants as they had to live in small cramped conditions with little privacy. They moved from farmers to industrial labourers and for that they had to pay the price of pollution, poor sanitation, long work hours, terrible working conditions. The only people that really benefited were the people with capital who invested their capital into the new factories. The Industrial Revolution helped make them money and that was all they wanted. So the Industrial and Agricultural Revolutions were good for the country and the men with capital, but they were not good for the peasant farmers who moved from the country. ...read more.