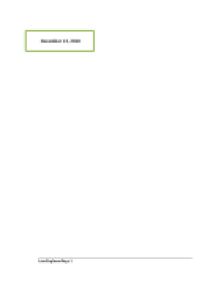 ﻿December 13, 2010 ________________ Hush-hush whispers in the shadows. Unspeakable things which take place in the cover of darkness. Suspicion and wariness. Dysfunctional interpersonal relationships. The word of one person against the word of another?a scenario with no witnesses. A culture of repression. These are all statements which may easily refer to the situation in late 17th-century Massachusetts, a situation ripe for the eruption of an event now known as the Salem Witch Trials. We tend to think of Salem as a once-in-an-American-lifetime incident, something that came and went and disappeared from further repetition. While certainly important to those involved at the time, most people today see little to no lasting impact of that period, much less see any kind of parallel to events of recent history. Those adopting that particular attitude, however, might be mistaken in their beliefs. Those initial statements?statements of fear, shame, and mistrust?may not only be applied to the Salem witch trials but also to a more contemporary development. The repressed/recovered memory movement which began in the 1980s elicits some of the same images, issues and emotional responses that can be found when studying early colonial America?s reactions to the witch trials. To fully understand any possible correlations between the two, an evaluation of the trials in Salem, the use of spectral evidence and their correlation with the repressed/recovered memory movement must be undertaken. During both what we today would term ?preliminary hearings? and the trials concerning charges of witchcraft in eastern Massachusetts beginning in 1692, three types evidence might be brought against the accused. The first, spectral evidence, will be discussed in more detail. Spectral evidence was based upon the belief that once a person had contracted with the Devil, the Devil could then take that person?s form to cause mischief and harm, as well as to recruit others into his evil ways. The second, non-spectral acts of malefic witchcraft, were ?openly visible to anyone who observed the misfortunes of life, and chose to put a diabolic construction upon them.? (Craker 1997, 332) ...read more.

As with Salem, the recovered memory movement has also had its share of dealings with Satan. Take, for instance, the case of Paul Ingram of Olympia, Washington. His daughters had been encouraged to ?recover? memories of sexual abuse. When confronted by detectives, Mr. Ingram ?came to believe that he must have molested his daughters?despite his inability to remember any abuse?because of his religious belief that satanic deception causes the mind to repress immoral conduct, as well as his conviction that his daughters could not possibly lie about such things.? (Leo 1997, 655) Mr. Ingram went on to ?remember? details of the satanic cult of which he was the high priest, oaths signed in blood, and the cannibalization of small children. (Leo 1997, 656) Ultimately, it was acknowledged that none of these things had happened, but Mr. Ingram fully accepted that they had. After all, as with Salem, no one can possibly know what the Devil may do. The case of Mr. Ingram brings up two additional interesting points and counterparts. First, as the Ingram case unfolded, the proliferation of increasingly bizarre accusations was almost unstoppable. Each successive ?memory? produced an allegation even more peculiar than the last. This trend is discussed extensively in a book by Moira Johnston: Spectral Evidence: The Ramona Case. Considered a landmark legal case in the recovered memory field, the Ramona case showcases how the progression of alleged violations became more and more out of the ordinary?and out of the range of believability. Gary Ramona, highly successful businessman, had been accused by his daughter, Holly, of sexual abuse and incest. Holly, a troubled young woman, suffered from depression and bulimia. Going off to college brought things to a climax, and she began seeing a therapist concerning her eating disorders. Holly?s therapist seemingly steered her into believing that the root cause of her eating problems was the fact her father had sexually abused her during her childhood. ...read more.

?It was not witch-hunting per se that was discredited at Salem?at least, not in the short term?but the legal procedure used for prosecuting witches, specifically concerning spectral evidence, and the dangers inherent in a type of testimony that was so susceptible to abuse.? (Payne 1993, 82) Without corroboration, frenzied emotions can take over before we realize it, and rationality caught within the whirlwind. The Puritans of eastern Massachusetts felt the Devil walked among them. With societal, economic, and other pressures bearing down upon them, they readily took up the mantle of witchcraft, unfortunately trampling innocents along the way. Obviously, Salem of 1692 is not Main Street America, 21st century. However, there are enough similarities between the two that caution must be taken. The conclusion of the Ramona trial, in which Gary Ramona won damages against Holly?s therapist and doctor for damage done by their suggestive, leading ideas dampened the recovered memory movement, but only to a degree. There are still instances where claims of recovered memories surface, and they still may cause irreconcilable damage to families and individuals alike if false, just as the accusations hurled at innocents in Salem altered their own reality. Of course, it would not be fair to say that all claims of recovered memories are false. But going back to my discussion on bias. As a survivor of sexual abuse, I am concerned with the image those with false memories perpetuate. False charges in Salem ended the lives of many and shifted the fates of others who were spared execution, yet still were tainted by the stigma of witchcraft. False charges of sexual abuse also taint the lives of those accused unjustly, causing the loss of not only material items but personal relationships and family. When considering allegations of sexual abuse, caution must be applied carefully so as to not demean or trivialize those who have actually lived through such situations, much as, in retrospect, care and caution should have been applied, as instructed by Rev. Increase Mather, to accusations of association with the Devil. Salem, 1692, may not really be all that distant a time past. ...read more.