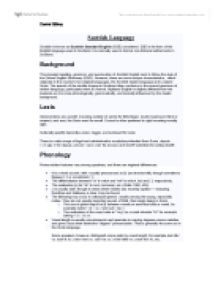 Scottish is known as Scottish Standard English (SSE) considered. SSE is the form of the English language used in Scotland. It is normally used in formal, non-fictional written texts in Scotland.

Scottish Language Scottish is known as Scottish Standard English (SSE) considered. SSE is the form of the English language used in Scotland. It is normally used in formal, non-fictional written texts in Scotland. Background The standard spelling, grammar, and punctuation of Scottish English tend to follow the style of the Oxford English Dictionary (OED). However, there are some unique characteristics, which originate in the country's two original languages, the Scottish Gaelic language and Lowland Scots. The speech of the middle classes in Scotland often conforms to the normal grammer of written language, particularly when it's formal. Highland English is slightly different from the lowlands as it is more phonologically, grammatically, and lexically influenced by the Gaelic background. ...read more.

* The realisation [x] for "ch" in loch, technical, etc. (Wells 1982, 408) * L is usually dark, though in areas where Gaelic was recently spoken - including Dumfries and Galloway a clear l may be found. * The following may occur in colloquial speech, usually among the young, especially males. They are not usually regarded as part of SSE, their origin being in Scots: o The use of glottal stops for [t] between vowels or word final after a vowel, for example butter /'b????/ and cat /'ka?/. o The realisation of the nasal velar in "-ing" as a nasal alveolar "in'" for example talking /'t??k?n/. ...read more.

* SSE usually distinguishes between [?ur] and [?u?r], in flour and flower. Syntax Syntactical differences are few though in colloquial speech shall and ought are wanting, must is marginal for obligation and may is rare. Many syntactical features of SSE are found in North American English: * Can I come too? for "May I come too?" * Have you got any? for "Do you have any?" * I've got one of those already. for "I have one of those already." * It's your shot for "It's your turn." * My hair needs washed. for "My hair needs to be washed." Other examples are distinctively Scots: * She's a bonnie lass. for "She's a pretty girl." * Dae ye no/nae ken? for "Don't you know." ?? ?? ?? ?? Daniel Sibley ...read more.