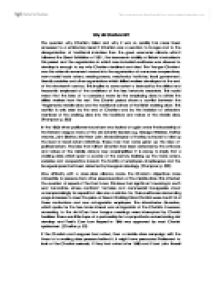 Why did Chartism Fail?

Why did Chartism fail? The question why Chartism failed and why it was so quickly has never been answered to a satisfactory level. If Chartism was a reaction to hunger and to the disorganisation of traditional industries then the good economic climate which followed the Great Exhibition of 1851, the increase in stability of Britain's industries in this period and the organisation in which new industrial workforce was allowed to develop is enough to say why Chartism declined and died. The 'hunger Chartism' was the rational movement moved into the organisation of consumer cooperatives, new model trade unions, reading-rooms, mechanics' institutes, local government, friendly societies and other organisations which skilled workers developed at the end of the nineteenth century. This implies to some extent a betrayal by the skilled and frequently employed of the ambitions of the less fortunate associate. This could mean that the idea of 'a conscious move by the employing class to divide the skilled workers from the rest'. The Chartist period shows a conflict between the 'hegemonic middle class and the traditional culture of the British working class'. This conflict is only seen by the end of Chartism and by the inclusion of articulate members of the working class into the traditions and values of the middle class. (Thompson p. 330) In the 1860s when parliamentary reform was looked at again under the leadership of the Reform League many of the old Chartist leaders e.g. ...read more.

However, we also have to look at why Chartism failed, is it because of the leadership, the flawed leader being Feargus O'Connor. Chartists aimed for one man one vote but this was not achieved until after the Second World War and their vision of Parliament who would be responsible to the whole people, was never achieved. Working men were carefully admitted into the electoral system between 1867 and 1919, but as more people were admitted the rules changed. The power of the non-parliamentary elements of government, civil service, the judiciary and other advisory organisations, were only accessible to those who had been educated within a system where the working class people were excluded. The first working men to enter Parliament went through the cordon sanitaire of Liberalism. These men were 'safe' men who showed reliability by cooperation with the Liberals in local politics or industrial negotiations. 'The Chartists' aim of a free, universal system of education, controlled by the communities in which children lived, also died with Chartism'. The post-Chartist years were regarded by a series of Factory Acts with educational provisions, similar by an increase in a network of 'provided' schools, offered by rival religious bodied which were supported by government grants in the 1870 Act after this school attendance became compulsory. The Chartists aim of an education system moved further away in the post-Chartist period and finally disappeared. ...read more.

Julian Harney and other leaders in the movement in East London believed themselves to be apostles of 'that great philosopher and redeemer of mankind, the Immortal Thomas Paine' they established the East London Democratic Association in 1837 and broadcasted its objective ' the achievement of a democratic and republican England-a natural society based on the principles of liberty, equality and fraternity'. The hungry people of the industrial North and Midlands attached more importance to the social and economic consequences which were a result from gaining the franchise than to manhood suffrage itself. The aspirations were too sectional and often too formulated to be seen as an economic programme of the whole movement supplementary to the Charter. Therefore, everyone agrees that the achievement of the Six Points was a crucial first step. (Mather, p. 26-27) Chartism failed in its purpose on effecting an immediate transition to democracy they contributed to the slow evolution of the British constitution in a democratic direction. The Chartists campaign had encouraged a portion of the middle class in taking up franchise reform to win over the working class support in order to win against Toryism and aristocratic privilege. The Complete Suffrage movement of 1842 and the New Reform movement of 1848 were both linked to the Chartists. The Chartists learnt slowly that constitutional change could be brought about if they cooperated with the middle class radicals; the movement played a part in building up the pressure which produced the 1867 Reform Act. (Mather, p. ...read more.