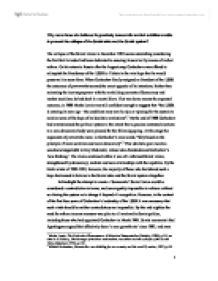 Why were those who believed in genuinely democratic market socialism unable to prevent the collapse of the Soviet state and the Soviet system?

Why were those who believed in genuinely democratic market socialism unable to prevent the collapse of the Soviet state and the Soviet system? The collapse of the Soviet Union in December 1991 seems astonishing considering the fact that its leader had been dedicated to ensuring its survival by means of radical reform. On his return to Russia after the August coup Gorbachev even offered to relinquish the Presidency of the USSR to Yeltsin in the vain hope that he would preserve it in some form. When Gorbachev finally resigned as President of the USSR the outcomes of perestroika seemed the exact opposite of its intentions. Rather than animating the inert superpower with the revitalising currents of democracy and market socialism, he had dealt it a mortal blow. This was by no means the expected outcome; in 1988 Moshe Lewin was still confident enough to suggest that "the USSR is entering its new age - the conditions may now be ripe or ripening for the system to reclaim some of the hope of its idealistic revolutions".1 By the end of 1988 Gorbachev had revolutionised the political system to the extent that a genuine contested elections to a new democratic body were planned for the following spring. At this stage the arguments of perestroika were, in Gorbachev's own words, "fully based on the principle of more socialism and more democracy".2 This idealistic goal owed an unacknowledged debt to Roy Medvedev, whose ideas foreshadowed Gorbachev's 'new thinking'. The vision contained within it was of a reformed Soviet Union, strengthened by democracy, markets and new relationships with the republics. By the bleak winter of 1990-1991, however, the majority of those who had shared such a hope had ceased to believe in the Soviet state and the Soviet system altogether. In hindsight the attempt to create a 'democratic' Soviet Union could be considered a contradiction in terms, and was arguably impossible to achieve without so altering the system as to change it beyond all recognition. ...read more.

Increasingly militant opposition from this conservative elite was a powerful threat to those who still supported democratic socialism. Their abiding influence constrained the possibility of further radical reform of the USSR, which might have been able to undercut or assimilate Yeltsin and his supporters. The strengthening of opposition from the right began with Ivan Polozkov's appointment as first secretary of the Communist Party of Russia in June 1990. This arch-conservative had thereby won for the right a national organisation almost as subversive as Yeltsin's control of the RSFSR. The threat of counter-revolution tied Gorbachev so firmly to the party elite, that when Ryzhkov threatened to resign over the Shatalin-Yavlinsky programme in autumn 1990, the whole project was terminally disrupted. Federal reform was simultaneously derailed by the 'Soyuz' parliamentary movement, which had brought together a workable conservative majority in the Supreme Soviet, and had crucial links with the armed forces. Their intransigence on the issue of granting a measure economic independence to the Soviet republics left Gorbachev with little room for manoeuvre in his nationalities policy. Opposition to a democratic socialist solution from both left and right had paralysed its leader, and left him powerless to deal with the two great crises of the Soviet system. The failure of 'market socialism' and accelerating economic collapse encouraged a vicious circle by making radical democratic reform more popular and conservative opinion more militant. As part of the general programme of perestroika launched in 1987, Gorbachev had hoped that the introduction of market elements into the Soviet economy would promote growth rather than decline. His contemporary models came in the form of social democratic economies such as Sweden, which combined successful markets with high levels of welfare. In terms of historical precedent, he looked again to Lenin and NEP's revitalisation of the 1920s economy. Both of these analogies were fundamentally flawed. The Scandinavian economies may have provided a target for which to aim, but their experience provided no precedent for the transition from a command system to price-led markets. ...read more.