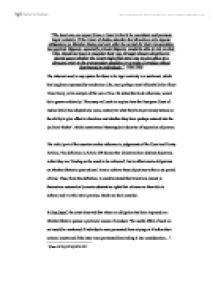 The least one can expect from a Court is that it be consistent and promote legal certainty. If the Court of Justice decides that directives only impose obligations on Member States and only after the period for their transposition has expired, liti

"The least one can expect from a Court is that it be consistent and promote legal certainty. If the Court of Justice decides that directives only impose obligations on Member States and only after the period for their transposition has expired, litigants, especially private litigants, would be able to rely on that. They should not have to meander their way through obscure doctrines to second guess whether the Court might find some way to give effect to a directive prior to the transposition deadline or to make it produce effects detrimental to individuals." DISCUSS The inherent need in any system for there to be legal certainty is a sentiment, which has long been expressed by academics alike, seen perhaps most influentially by Albert Venn Dicey, in his analysis of the rule of law. He stated that to do otherwise, would be to govern arbitrarily. This essay will seek to explore how the European Court of Justice (ECJ) has adapted new rules, contrary to what they have previously stated, on the ability to give effect to directives and whether they have perhaps entered into the 'political thicket', which contravenes Montesquieu's doctrine of separation of powers. The initial part of the assertion makes reference to judgements of the Court and Treaty Articles. The definition in Article 249 shows that: directives have distinct objectives, in that they are 'binding as the result to be achieved', but in effect create obligations on Member States to pass national laws to achieve those objectives within a set period of time. ...read more.

This shows one of the harsh injustices faced by litigants, in that there is a poor rationale underlying the absence of horizontal direct effect of a Directive. Private litigants suffer the worse, as a consequence of the Marshall ruling in that, for example, a private employee may not rely on a Directive but a state employee may. As S Douglas-Scoot commented: the ruling provokes unjust and anomalous situations, particularly in the field of labour law, where the scope of the Equal treatment Directive has been reduced.'9 One such obscure doctrine, that the ECJ has created alongside direct effect, is the concept of indirect effect. The principle was developed in Von Colson10, where it was stated that: 'since the duty under Article 10 to ensure fulfilment of an obligation was binding on all national courts...it follows...courts are required to interpret their national law in the light of the wording and purpose of the Directive'. This concept of sympathetic interpretation thus ignored the problem of horizontal effect and vertical effect, and in fact ignored direct effect in general. However, the ECJ left ambiguous the question of to which national law, the process of indirect effect could actually apply. The House of Lords, thus subsequently refused to apply the principle in Duke, even though it would have provided a remedy for the applicant. In Marleasing11, the definition of indirect effect was expanded in saying: "the national court asked to interpret national law is bound to do so in every way possible in the light of the text and the aims of the directive to achieve the results envisaged by it." ...read more.