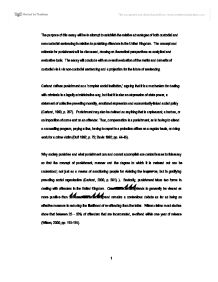 Attempt to establish the relative advantages of both custodial and non-custodial sentencing in relation to punishing offenders in the United Kingdom.

The purpose of this essay will be to attempt to establish the relative advantages of both custodial and non-custodial sentencing in relation to punishing offenders in the United Kingdom. The concept and rationale for punishment will be discussed, drawing on theoretical perspectives as analytical and evaluative tools. The essay will conclude with an overall evaluation of the merits and demerits of custodial vis � vis non-custodial sentencing and a projection for the future of sentencing. Garland defines punishment as a 'complex social institution,' arguing that it is a mechanism for dealing with criminals in a legally administrative way, but that it is also an expression of state power, a statement of collective prevailing morality, emotional expression and economically-linked social policy (Garland, 1990, p. 287). Punishment may also be defined as anything that is unpleasant, a burden, or an imposition of some sort on an offender. Thus, compensation is a punishment, as is having to attend a counselling program, paying a fine, having to report to a probation officer on a regular basis, or doing work for a crime victim (Duff 1992, p. 73; Davis 1992, pp. 44-45). Why society punishes and what punishment can and cannot accomplish are central issues to this essay so that the concept of punishment, manner and the degree to which it is metered out can be understood; not just as a means of sanctioning people for violating the law per se, but in gratifying prevailing social organisation (Garland, 2000, p. ...read more.

Broadly, duties may consist of: dredging canals, graveyard clearance, village hall renovation, playground building and cycle path construction, or indeed a multitude of other services that will benefit the local community (Alternatives to Prison, 2000, p. 5). The Community Punishment Order is not an option for the offender, as he or she is obliged to complete it as their sentence; therefore it is a form of punishment, but punishment with purpose that benefits the community and saves government expenditure. For example, the cost of one year's imprisonment is around �27,000 for an adult offender and �42,000 for a youth offender (under 18) in detention. Community Punishment Orders, Community Rehabilitation Orders, Community Punishment and Rehabilitation Orders range between �2000 and �4000 per order put into practice. Therefore, the potential saving as opposed to imprisonment is considerable (Alternatives to Prison, 2000, p. 24; Cavadino and Dignan, 2002, pp. 143-144). Custodial sentencing has its place in punishing by removing the most dangerous convicted offenders from society that are a threat to the public. Previous convictions may be taken into account when determining sentencing and the likelihood of re-offending. However, who truly knows that a person will re-offend? Can such an assumption be fair on the offender? Sentencers may be playing a safe option in the case of offenders who have committed the more serious crimes, by incarcerating them to avoid a societal moral backlash should they re-offend (Wilson, 2000, p. ...read more.

1). Custodial sentencing has not proven to be an effective mechanism for reducing crime, so therefore, the next logical step appears to be to test the efficacy of community-based punishment as an alternative. Perhaps over time, it will at least prove to be a more humanistic and dignified response to crime that may yield more rehabilitative and reparational positives and reduce re-offending. However, whether to punish by custodial or non-custodial sentencing is unlikely to significantly reduce crime in society. To paraphrase Durkeim: it is only mainstream society that embraces morality and a sense of duty, which is able to enjoy the rewards of conformity that can promote proper conduct on a consistent and regular basis (Garland, 2000, pp. 388-389). Durkeim relates to conformity and observing moral values in society, where people have to fit in with the norms and values of others or else they are on the outside of the moral and social order. Issues of social status, class, race and ethnicity can preclude access to this 'social and moral order.' If on the outside, these benefits are often unobtainable by legal means, so crime can sometimes be the only alternative; the unequal distribution of wealth ensures this. Therefore, if crime control, or perhaps more desirably, crime reduction is to be fully realised, then society must not stigmatise or isolate, but embrace policies of healing, rather than hurting - for it is perhaps societal inequalities that act as a springboard for crime in the main. ...read more.

Otherwise, students should strive to reach the quality of this essay.