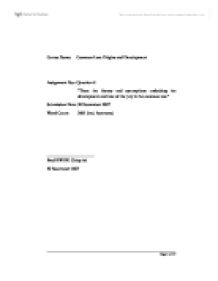 As mentioned above, it is the fact that the jury or an individual juror, do not have to justify, explain or even give reasons to the judge for their decisions. Section 8 of the Contempt of Court Act 1981 stipulates that it would be a contempt of court to try to elicit such information from a juror in either a criminal or a civil law case. Attorney General v Associated Newspapers13 illustrated the protection of section 8 of the Contempt of Court Act 1981. In this case, the House of Lords held that it was a contempt of court for a newspaper to publish disclosures by jurors of the events took place in the jury room while they were considering their verdict unless the publication amounted to no more than a re-publication of facts already known. 11. [1978] AC 55; [1977] 3 WLR 143. 12. [1960] 2 WLR 306. 13. [1994] 2 WLR 277 Further, it is the duty of the judges to advise the jury as to the proper understanding and application of the law in consideration. Jury may seek advice from the judge even when it is considering the verdict. In R v Townsend14, it was held that such response from the judge must be given in open court, so as to obviate any allegation of misconduct. Summing the foregoing factors, jury is in a very strong position to take decisions that are "unjustifiable" in accordance with the law because they do not have to justify or explain the decisions. Thus, jury is able to deliver what can only be described as perverse decisions. There is a remarkable case of R v Clive Ponting15. Although the judge made clear beyond doubt that the defendant was guilty under the Official Secrets Act 1911, the jury gave an acquittal verdict to Clive Ponting according to conscience. Also, in a similar case of Pat Pottle and Michael Randall, who had openly admitted their part in the escape of the spy George Blake, the jury reached a not guilty verdict in open defiance of the law. ...read more.

with the series of miscarriages of justice relating to suspected terrorists in which juroes were also involved. 3. Failure to understand the law Since the jurors are randomly selected from various discipline of the community, most of them are unfamiliar with the law and its logic. Therefore, they usually need to spend considerable amount of time during deliberations to understand the law before applying into the case. Failure to understand the law and the legal instruction given by the judge, an unreasonable or even ridiculous verdict may be resulted. According to research by Runciman Commission, however, only less than 10% of jurors admitted that they faced difficulties in understanding the law. 4. Discrimination Some jurors may be biased, for example, biased against the police or racially prejudiced. Again, this will cause jury disqualification and unfair verdicts. (See R v Gregory) CONCLUSION Despite the fact that trial by jury has been diminishing in the recent years, the jury still lies at the heart of the common law system. It injects community values to the legal process and it provides an opportunity for public to directly involve into the judiciary of the country. Besides, the trial by jury is vigorously defended as an ancient right and a guardian of liberty and democracy. This ancient mechanism strengthens legitimacy of the common law system over the century, and its institution received many criticisms as well. Having conducted the research on this paper, I deemed that it is time to consider its prospects for the future in order to retain its vulnerable role in the common law system. Reform of jury is certainly one of the major focuses of England. As seen from Criminal Justice Act 2003, there are significant changes in the role and place of juries in the criminal system, but it did so without addressing the contentious issue of either way offences. Lots of reviews and discussions have been conducted over these few years. I am sure the evolution of the jury system will continue. ...read more.