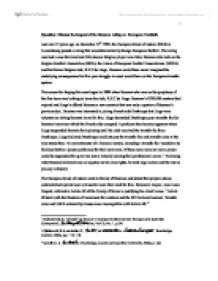 Discuss the impact of the Bosman ruling on European Football. Just over 15 years ago on December 15th 1995, the European Court of Justice (ECJ) in Luxembourg passed a ruling that would dramatically change European football.

Question: Discuss the impact of the Bosman ruling on European Football. Just over 15 years ago on December 15th 1995, the European Court of Justice (ECJ) in Luxembourg passed a ruling that would dramatically change European football. The ruling resolved a case that involved little known Belgian player Jean-Marc Bosman who took on the Belgian Football Association (BFA), the Union of European Football Associations (UEFA) and his former Belgian club, R.F.C de Liege. Bosman would have never imagined the underlying consequences his five year struggle in court would have on the European transfer system. The reason for forging this case began in 1990 when Bosman who was on the periphery of the first team was looking to leave his club, R.F.C de Liege. Bosman's �120,000 contract had expired and Liege's offered Bosman a new contract that was only a quarter of Bosman's previous deal. Bosman was interested in joining French side Dunkirque but Liege were reluctant on letting Bosman leave for free. Liege demanded Dunkirque pay a transfer fee for Bosman's services which the French side accepted. A problem then became apparent when Liege suspended Bosman from playing until the club received the transfer fee from Dunkirque. Liege believed Dunkirque could not pay the transfer fee and transfer rules at the time stated that, 'all commitments of a financial nature, including a transfer fee' needed to be finalised before a player performed for their new team. ...read more.

Rooney had informed his manager Sir Alex Ferguson that he wanted to leave Manchester United. The timing of his request was strange, considering the club was not struggling competitively or financially. Here is one of the world's best football players wanting to leave one of the world's biggest and most successful clubs. It just did not make any sense. However, what did make sense was that Rooney only had a year left on his contract. Suddenly he held the power over Manchester United. Yes, if he had 4 years left on his contract, they could just tell him to be quiet or go play for the reserves, but that was not the case. With only one year remaining, the ball was in Rooney's court and his agenda from the very beginning was quite obvious. Either Manchester United gave Rooney a substantial pay rise or their prized asset could either leave the club now for a nominal fee or let his contract run out and leave for nothing, when his true market value was astronomical. Funnily enough Rooney did eventually sign a new contract and his wages were increased significantly. This incident is a perfect example highlighting how the Bosman ruling increased, 'financial pressures' on football clubs.11 A football club now had to make a serious decision when a player entered the final year of his contract. The football club could either accept a player's demand for a wage increase or allow him to leave for free. ...read more.

Prior to the Bosman ruling, the regulations in place relating to the quota of European 'foreigners' allowed available had been, 'imposed by national and international sports federation's for technical and sporting reasons, notably the need to guarantee local training centres an outlet for their players in high level competition.'16 The effect of this decision could be seen primarily by players from France who were now jumping at the opportunity to play in Europe's most profitable leagues and this had a huge consequence on the country's own top football division championship. The wages in France did not compete very well with those on offering in England, Spain and Italy, so most of France's best players were leaving.17 Now the market value for a league only featuring a handful of home grown stars was not at all profitable for investors such as television companies. Unfortunately like in any form of work, how can you keep a worker who can earn more at a rival company? Money talks and it was truly showing post the Bosman ruling in France. In conclusion, within this research paper I have tried to explore and explain how the Bosman ruling has affected European football. It is easy to gather that thanks to the Bosman ruling a shift of power has occurred which has allowed players the freedom that they previously never had. Unfortunately for Jean Bosman he never really felt the effects of his own crusade, but unlike his own contractual situation where football clubs were making a decision on a player's behalf, now the player has the bargaining control. ...read more.