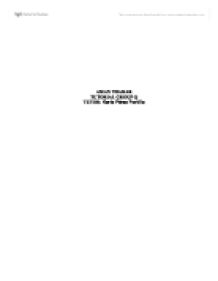 &quot;In Civilian systems the judge is simply the mouthpiece of the law&quot;, Discuss

“In Civilian systems the judge is simply the mouthpiece of the law”, Discuss

Judges in Civil Legal systems can be seen as having a wide and varied role depending on the system in question. Despite being part of the same family, no two civil law systems are the same and as such the role of the Judge is rarely the same in the various systems. For example in France, with the belief in separation of powers they wanted Judges to not be able to create Common law with ease giving them the role of applying the law seen in the phrase “la bouche de la loi”, meaning literally 'the mouth of the law'. Yet in other systems judges have prominent roles in society and help shape and change the code.

Restricting judges roles can be seen in the very foundations of Civil Law with it originating from Roman Law. Here the belief was that Judges should not interpret the law in creative ways. This can be seen in the compilation of all legal materials being collected in the Corpus Juris Civilis. The idea was to create certainty in the law, allowing anyone to refer to this to make their decision rather than having the Judiciary create law. Looking at The Civil Law translation by Scott the role of Judges is outlined as “a judge ought to be careful not to decide in any other way than is prescribed by the laws, the constitutions or the customs”. It is clear that there is little room for maneuver for Judges and they should follow the prescribed method within the law. Stare Decisis is not found here either encouraging an interpretation approach rather than a creative one. One of the main foundations of the Civil Law system advocates the view of Judges being the mouthpiece of the law, something supported in the modern French system.

The Napoleonic Code took a highly negative view of Judges making law post the French Revolution. It prohibited judges from passing judgement exceeding the matter in hand, this kept in check the creation of common law since the creation of French law with this Code was to be from a legislative rather than a judicial background. In theory this should allow no case law in France. Montesquieu represented the Orthodox view of the Judge in France as “no more than the mouth that pronounces the words of the law, mere passive beings, incapable of moderating either its force or rigour”.

This is backed up by Article 5 of the Code Civil “Judges are forbidden to decide cases submitted to them by way of general and regulatory provisions”. There is a clear view to counter case law with the code and the vast range of law within the system. There is also a clear hierarchy in France with case law being at the bottom of this due to the intense dislike of ancien regime in the pre revolutionary days. Application of code in France is generally done through deductive reasoning, decisions are arrived at via an application of general principles to fit the case before them. Often decisions are made up of reference to code and their application to the case’s facts. There is also a distinct lack of Stare Decisis, no courts are bound by decisions in similar or higher courts, this stops a court not following precedent being a grounds of appeal.

These restrictions are very well illustrated in the Cour de Cassation, the highest court in France. It’s main role is to “secure a uniform interpretation of the law”, as opposed to the House of Lords in the UK which aids the development of the law. Due to overloading of the court it makes this function essentially impossible due to a lack of time coupled with its size. French Judges accept they should follow its decisions for stability, yet if they believe its decision does not represent the law they do not have to follow that decision. This can be seen in De Gallifet v Commune de Pélissane Civ 06.03.1876 D. 1876, I, 193, here the decision of the Court of Appeal of Aix-en-Provence is Quashed. Something similar is also seen in the Gaz de Bordeaux Case 1916, where a decision was quashed due to contradiction with legislation. The French judiciary are also typically anonymous, given little public exposure, in contrast with prominent Judges in England .

Even within the French system though, there is room for case law. This can be seen particularly in the law of Tort. Due to the limited nature of the Code Civil, Tort only consisted of 5 articles. Hence the creation of Tort law in France has generally been down to the courts. With a strict statutory approach it would also create confusion due to a lack of certainty. Differing decisions on similar cases with various judges overruling one another would make the law unpredictable and confuse the general public. This could conceivably contradict public interest and thus Article 2 of the constitution “gouvernement du people, par le people pour le people”, contrasting decisions could not be argued to be in the interest of the general public. Despite the view that Judges should not make law they still generally make similar decisions to those made in previous judgements for the sake of clarity. Judicial interpretation is needed for gaps in legislation.

Within the German system there is an appreciation for the role of judges. There is a realization of the difficulty of making a code complete, coherent, and clear. There is an appreciation of the traditional theory that case law is not a formal source of law, but in practice with the everyday functioning of the court there is a deviation from this. Due to the development of the German legal system differing from that of the French, a different legal system has arisen. There was no common court system in Germany that was well established unlike that in France, creating a vacuum which Roman Law filled, in parts.  Here the courts stepped in to help fill the gaps, e.g. in Contract and Labour Law with creation of duties on employers. They have also greatly helped with the maintenance and structure of the Bürgerliches Gesetzbuch, as it has aged and become increasingly difficult to work with. It has helped with “fitting the original text of the code to modern demands and keeping it socially vital”, thus the Bürgerliches Gesetzbuch is seen as having “a heavy gloss of judicial decision, often to the point where a mere reading of the text will not disclose the law as it actually is”.

In France the anonymity of the Judiciary is something that is still prevalent, but this is not the case in other systems. In Japan this is not be the case as Supreme Court Justices need to be seen to please the general public as they can be removed from their position if the public votes accordingly. They are perceived as having a lot of sensitivity over human rights legislation seen as publicly fighting for justice. The best example of this is within Spain, characterised in Baltasar Garzón Real known in Spain as “Judge-Star”.

Garzón has a prominent role in Spain and rose to fame on the international stage for issuing an arrest warrant and spearheading a campaign to extradite former Chilean president Augusto Pinochet to Spain for human rights abuses. He is seen as a hard worker, unsusceptible to corruption given his active role in Madrid against ETA, now believed to be one of their assassination targets. This is clearly more than the traditional view of the Judiciary being made up of people who simply apply the law, hiding their personality. He is seen as a champion of justice within Spain.

In conclusion a Judges role in theory is to simply be a mouthpiece of the law. But in reality this is not practical. Over time as civil law systems have evolved so have the roles of their judiciary. To constrict the role of the judiciary is simply not practical since it would be to the detriment of the development of the law. Often within civil codes there is not enough precision to allow a simple interpretation of the law in all cases, and when there is a lack of clarity, the judiciary need to show the correct method of interpretation, and as is the case in Germany, need to modify the Law. Over time it is likely that the role of the Judiciary will expand and elevate them from being simply a mouthpiece to being equivalent to their common law counterparts.