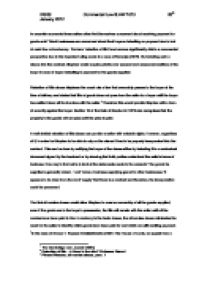 Retention of Title. The term retention of title has become significantly vital in a commercial perspective due to the important ruling made in a case of Romalpa [1976]

In uncertain economic times sellers often find themselves concerned about receiving payment for goods sold.1 Most businesses are concerned about their buyers defaulting on payment due to lack of cash flow or insolvency. The term 'retention of title' has become significantly vital in a commercial perspective due to the important ruling made in a case of Romalpa [1976]. By including such a clause into the contract, Stephen would acquire priority over secured and unsecured creditors of the buyer in case of buyer defaulting in payment for the goods supplied. Retention of title clause displaces the usual rule of law that ownership passes to the buyer at the time of delivery and states that title of goods does not pass from the seller to a buyer until the buyer has settled down all the invoices with the seller. 2Therefore this would provide Stephen with a form of security against the buyer. Section 19 of the Sale of Goods Act 1979 also recognises that the property in the goods will not pass until the price is paid. A well drafted retention of title clause can provide a seller with valuable rights. However, regardless of it, in order for Stephen to be able to rely on the clause it has to be properly incorporated into the contract. ...read more.

Once it is incorporated into other products such as concrete he may lose his proprietary right as S.25 of SGA1979 gives right to the buyer to sell to third party and therefore Stephen would be at a loss. It is likely that Stephen's goods will lose their identity once it has entered the manufacturing process as it would be difficult to separate his gravel from other products. Thus the new product will belong to the buyer. The Glencore case makes a distinction between mixed storage and mixed incorporation or consumption. Where there had been mixed storage, title had not passed and the seller was entitled to a share of the mixed goods. However, if mixed incorporation or consumption occurred then title passed to the buyer.5 In the case of Borden v STP [1981] the identity of resin was lost when it entered the manufacturing process to produce chipboard and so Buckley LJ found that the parties intended ownership to pass to the buyer when the goods were manufactured. As provided by S.17 of SGA 1979 ownership passes when intended to pass. 6 Similarly, in the case of Peachdart Ltd, Vinelott J. held that property passed to the buyer when the leather was incorporated into the handbag-making process. Moreover, the case of Model Board Ltd v Outer Box Ltd [1992] added that if a clause purports to retain title over manufactured goods, the clause would create a registrable charge, which will therefore be ineffective. ...read more.

Such clauses must be worded in a way that would retain sale proceeds in a separate account for the seller's benefit. Otherwise it would be difficult to identify which payments relate to which contracts or goods. Stephen should be very careful over the customers he extends credit terms to. He should consider assessing credit worthiness of his customers on a regular basis, to ensure that there is no risk of loss.12 By reviewing the clause regularly, it would allow Stephen to reflect upon any changes in the law. Professor A.L Diamond (1989) argues that the need for a reform in this area of law is urgent. The scheme of registration for security interests does not seem hopeful, unlike in United States who follows Article 9 of the Uniform Commercial Code. 13Such system would allow Stephen to include ROT clauses without the need for registration, which would be advantageous to him and other traders. Perhaps it would be fair to say that in recent years the position of unsecured creditors has slightly improved due to the changes that occurred in UK insolvency law. All monies clauses have received higher judicial approval and it seems to be clear that proceeds and manufactured goods clauses will usually fail, whereas a simple clause will most likely be effective. ...read more.