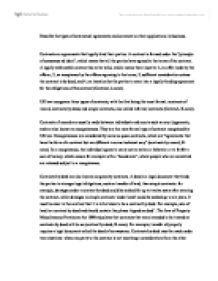 What are the types of contractual agreements and comment on their applications in business.

Describe the types of contractual agreements and comment on their applications in business.

Contracts are agreements that legally bind their parties. A contract is formed under the “principle of consensus ad idem”, which means that all the parties have agreed to the terms of the contract. A legally enforceable contract has to be valid, which means there must be 1, an offer made by the offeror, 2, an acceptance by the offeree agreeing to the terms, 3, sufficient consideration unless the contract is by deed, and 4, an intention by the parties to enter into a legally binding agreement for the obligations of the contract (Contract, k-zone).

UK law recognizes three types of contracts, with the first being the most formal: contracts of record, contracts by deed, and simple contracts, also called informal contracts (Contract, K-zone).

Contracts of records are usually made between individuals and courts such as court jugements, and are also known as recognizances. They are the most formal type of contract recognized by UK law. Recognizances are considered by some as quasi-contracts, which are “agreements that have the form of a contract but are different in some technical way” (contracts by record, K-zone). In a recognizance, the individual agrees to carry out an action or behavior or to forfeit a sum of money, which occurs for example with a ‘bound over’, where people who are convicted are released subject to a recognizance.

Contracts by deed are also known as specialty contracts. A deed is a legal document that binds the parties to stronger legal obligations, such as transfer of land, than simple contracts: for example, damages under a contract by deed could be seeked for up to twelve years after entering the contract, while damages in simple contracts ‘under hand’ could be seeked up to six years. It must be clear in the contract that it is to be taken to be a contract by deed. For example, sale of land is a contract by deed and should contain the phrase ‘signed as deed’. The Law of Property Miscellaneous Provisions Act 1989 stipulates that contracts that were intended to be treated as contracts by deed will be so (contract by deed, K-zone). For example, transfer of property requires a legal document called the deed of conveyance. Contracts by deed must be made under two situations: when one party to the contract is not receiving a consideration from the other party, or when the law requires that the contract should become valid by deed, for example between creditors who are compromising a debt (Contracts).

An express contract is “one in which the agreement of the parties” is expressed in writing or orally by the parties involved, while an implied contract, or a contract implied by fact, is implied by the action or behavior of the parties. For example, if one party performs a service to another expecting that they are to be paid and the other “accepts the benefit of those services” without intending them to be a gift, then there is an obligation to pay “a reasonable value” for those services even if no agreement has been made. There is no difference regarding the affect between express or implied contracts. The only difference between them is the “manner of proving” that the contract exists. There could be no implied contract when an express contract already exists on a certain subject or agreement. For example, in the case of Anisgard vs Bray, 1981, Anisgard, a professional tennis player, planned to open a tennis facility with Bray which Anisgard would manage. He gave Bray all the information which he collected require for opening the facility including the name of the bank willing to finance the project. Bray constructed the facility using Anisgard’s information without paying him for the information. There was no agreement between the two as to the amount Anisgard would be paid for the information or study which Anisgard conducted. Anisgard sued Bray for compensation, and Bray defended that there was no contract for such a payment. The court decided for Anisgard, since although there was no express contract, there was an implied contract to pay a “reasonable value” for these services as Bray accepted them in the knowledge that payment was expected for them (Jurisdocuments.com).

In businesses, written contracts must be signed by the person “who has the express or implied authority of the organisation”, and they usually specify that their terms cannot be changed except by a new written signed agreement between the parties (Contracts). Unincorporated businesses cannot enter into contracts with their own names since they are not separate legal entities from their owners: some or all of her group’s members must enter the contract personally and will be personally liable for its obligations. Companies on the other hand could enter into contracts under their own name as they are separate legal entities, and the personal liability of the shareholders is limited to the value they have invested. The companies’ directors are not responsible for their companies’ liabilities except if they breached a duty or gave a personal guarantee.

Oral contracts would include, for example, the contract to buy a car, or buying any retail goods or services. They could be made orally by any person who has “the express or implied authority of the organization” to make such as contract. Oral contracts are as valid as written ones, if they could be proved or if they are admitted. The “statute of fraud” law requires that certain agreements such as the transfer of property has to be made in writing or are not enforceable (Contracts, Larson). The main difference between an oral and a written contract is that the oral contracts are more difficult to prove if the need arises, and the time limit to sue for breach of an oral contract is shorter (Oral contracts, wikiepedia). For this reason it is best for the organization to have all their contracts as simple written ones to avoid falling into legal issues and liabilities as a result of decisions with “outside individuals or businesses”. It is necessary that written agreements, standard form contracts (boilerplate) and simple agreements, be reviewed by a lawyer before being used to avoid any pitfalls.  More complex agreements involve parterships, incorporation, real estate agreements, lease agreements, incorporations, litigation and labour-management relations could be reviewed by counsel (Contracts Basics, Lectric Law). Standard form contracts, also called adhesion or boilerplate contracts, are ones that do not allow for negotiations (take it or leave it). It is a contract that is entered into by “unequal bargaining partners” such as the standard terms of a contract when making a purchase, usually used by multinational companies (Standard Form Contract, Wikipedia). A letter of agreement is another simple written form of contract that highlights the essential points of an agreement in writing without going into the details, and is confirmed when signed.  The points in this simple document should include 1. the identity of both parties and “the role of each in the agreement”, 2. the nature of the agreeement,  and 3. the payment terms and time expectations (Contracts Basics, Lectric Law).

Written contracts become important for example 1. to clarify “delivery dates or option terms”, 2. to “resolve litigation” which requires clear and precise written proof, and 3. so complex details could be dealt with and clarified on paper rather than left to be resolved if disputes arise.  Simple written agreements could be kept on file: for example, a “boilerplate model of a basic agreement” should be kept on file and used when the company would hire consultants or independent contractors (Contracts Basics, Lectric Law).

Simple agreements also include unilateral contracts which are ones where the offer is not to a specific party but to the public. These are for example offers to give free items to those who use a product. They are called unilateral because they are a promise given for a performance: only one party is obliged to perform a conduct, and acceptance is by perfomance. An example is the Carlill vs Carbolic Smoke Ball which created the precedent for these types of contracts (Gallaudet University). Bilateral contracts on the other hand are formed when a promise is given for a promise: the promise of one party is the consideration for the other party. In a bilateral contract both parties exchange promises for future actions. It involves only promises and no performance at the time it is made (Gallaudet University).