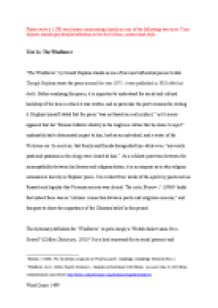 Analysis of 'The Windhover' poem by Gerard Hopkins

﻿Please write a 1,500 word essay commenting closely on one of the following two texts. Your Answer should pay detailed attention to the text?s form, content and style. Text 1a: The Windhover "The Windhover" by Gerard Hopkins stands as one of his most influential poems to date. Though Hopkins wrote the poem around the year 1877, it was published in 1918 after his death. Before analysing this poem, it is important to understand the social and cultural backdrop of the time in which it was written, and in particular the poet's reasons for writing it. Hopkins himself stated that the poem ?was not based on real incident,? yet it seems apparent that his ?Roman Catholic identity in the Anglican culture that he chose to reject? undeniably had a detrimental impact to him, both as an individual, and a writer of the Victorian era. So much so, that family and friends disregarded him while even ?university posts and positions in the clergy were closed to him.? As a celibate priest torn between the incompatibility between his literary and religious duties, it is no surprise as to why religion resonates so heavily in Hopkins' poem. ...read more.

Hopkins uses this term as opposed to a more subtle term such as 'understood' for instance, to mirror his appreciation for natural beings. Although his rhetoric seems to glamorise the Windhover, his reference to other common creatures of nature; Kingfishers and Dragonflies in some of his other works underpin the notion that nature and natural beings are much more complex than they are given credit for. The regular rhyme scheme of the first stanza (?riding?, ?striding?, ?wing?, ?swing? and ?gliding?, ?hiding?) mimics the majestic movement of the bird and the linear pattern of life; however the intermitting break between the final two stanzas transitions it from a romantic hymn, into a religious one. Complemented with broken rhyme (dividing ?king-dom? to rhyme with ?wing?) and enjambment, Hopkins illustrates the unpredictability of the Windhover. Bristow, p. 174 elaborates that with such a style Hopkins created an ?inscape within his distinctive theological poetics, from a system of heavily stressed syllables that gave more vocal weight to a poetic line than either English grammar or traditional scansion would usually allow?[4]. Phrases such as ?minion? and ?kingdom? are quite archaic. ...read more.

The ?fire? is representative of life and personal desires, and Hopkins preaches of an obligation to God. Hopkins breaks away from the tradition of intimate love in this Petrarchan sonnet. Although the rhyme scheme used appears traditional, Hopkins adopts his own style, by deliberately ending every rhyme with ?-ing?, so that within the ?ABBA? rhyme scheme, even the ?A? and ?B? rhyme with each other. Perhaps the elusive path of the Windhovers' movement alludes metaphorically to Christ?s suffering. I see the poem overall as synthesising Hopkins? doubts concerning his religious duty and poetic inclinations. This may be considered a false dichotomy by many; yet the reading of the bible, the verse of the gospels, the language of the scripture and the performance of the sermon might all seem of one with the actions of a poet. Like how the Windhover ?rebuffed the big wind,? Jesus 'rebuffed' the Pharisees; ?I am with you for only a short time, and then I go to the one who sent me. Where I am, you cannot come? (John 7:33). The fact that the speaker interlopes "ah my dear" during this recollection reaffirms how, he himself has personally afflicted by Christ?s suffering. The Windhover stands as a microcosm for Christ, and subsequently God. ...read more.