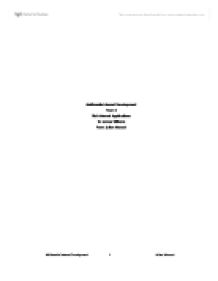 Originally the target of this report was to create a Rich Internet Application for an organisation which could be fictitious in nature. The application could be developed using one of the following ways:

Due to time constraints on the report and due to other priorities of the author, the second bullet point above was chosen as a focus and not based around any particular organisation.

What was proposed, instead of building a fully functional application, was a template to allow the building of a full CS3 based web application. It will be the basis of a site for any information to be processed into.

As well as the implementation of the application a concepts section contained in the report explains about Rich internet applications and the development of such in industry.

user interface. This would mean that an advanced JavaScript engine would be needed

A distributed application is one where a part of a system is running in separate runtime environments. In the case of an RIA the client would be separate from say the server side part of the system and separated over a network.

Distributed RIA is just a part of what RIA’s can do. It is a way of separating up the computing program and in a way parallel working the components. A good example of an RIA distributed system would be one where a database is held in a specific place and different client machines could access it via PHP from the front end FLEX build.

Previous the concept of Rich Internet Applications has been investigated and how they are structured in their framework. Throughout the next sections there will be references to RIA’s because the programming language used was developed to create interactive web applications. As explained due to time limitations and constraints on development techniques what is proposed to be developed is a web application that is based around the new Adobe Flash programming language Action Script 3.0. This language is supported by both Flash CS3 and Flex 3. Used within the development of the following application is Flash CS3. What is proposed is a template for a multimedia based application one which can be further implemented to combine and allow the interaction of RIA’s and other Flash based files.

The site was built specifically to import SWF files. This gives a great advantage which allows Flash files which have already been implemented to import to the center of the stage. This could be a file containing a server side script linking via PHP to a database for example.

Overall the application meets the needs of what was wanted in the design and meets the requirements of this development. It doesn’t meet the criteria and requirements however for a RIA but does use a powerful object orientated language to help in the development of rich internet applications, which are now a need in the overall web experience.

To be improved this application could contain a lot more SWF files each with interactivity to possibly server side script. Parts of the application could also be developed in different software packages such as Flex and could be made to look more desktop appealing. This application designed gives a template to use with future development of RIA components.

On the CD provided are all the necessary documents to view what has been explained and created in the previous sections. The flash document has been published and can be viewed through the index.html file. 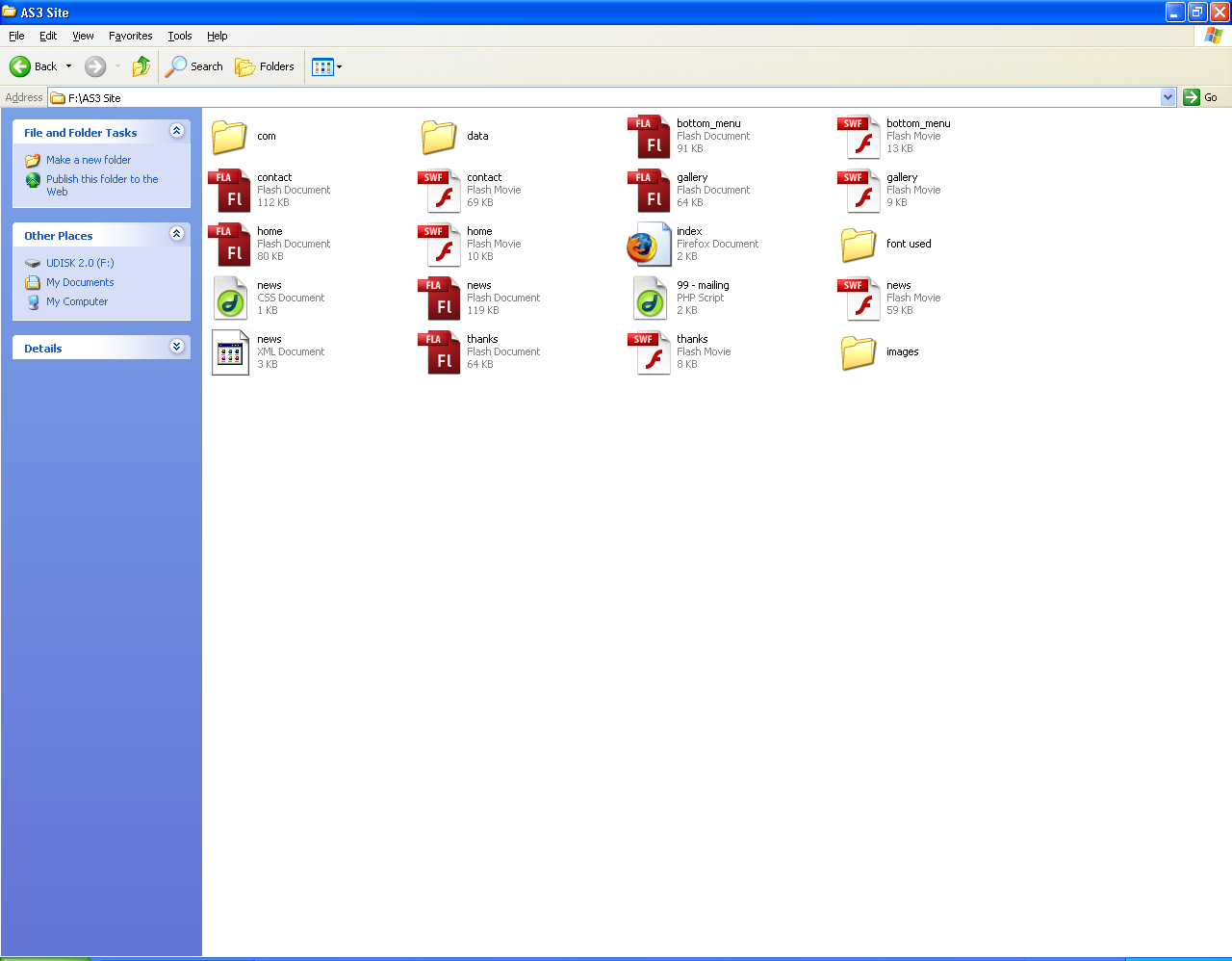 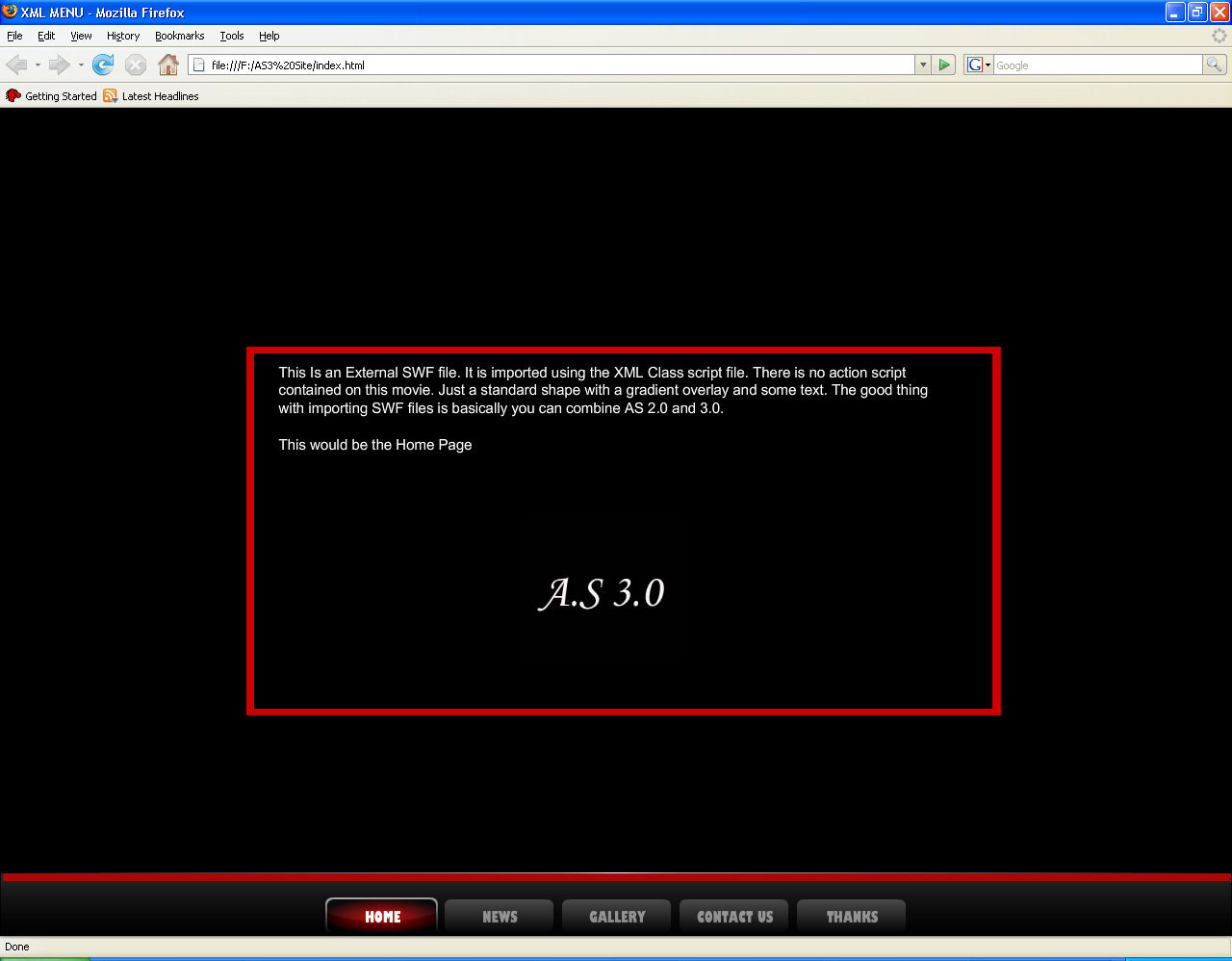 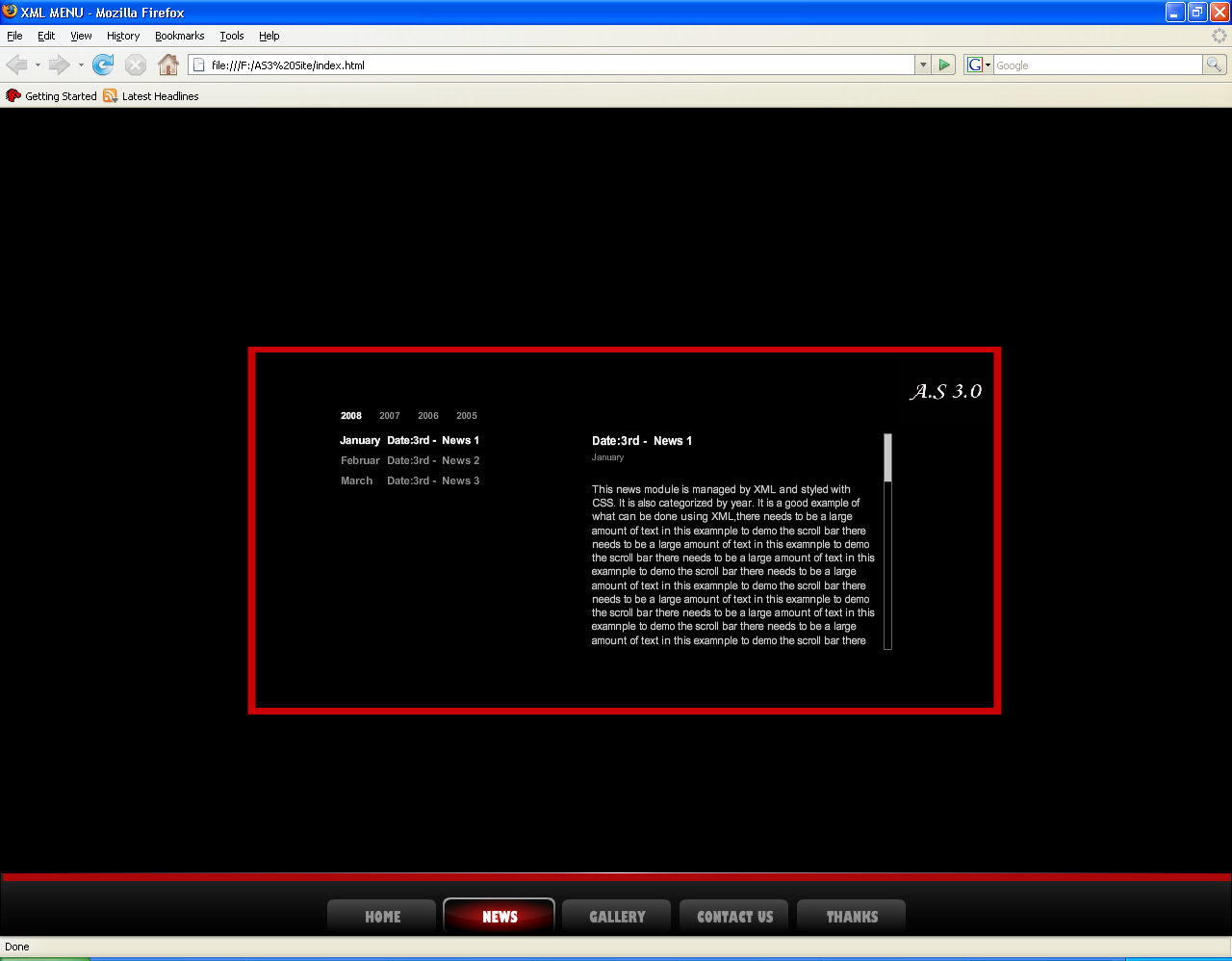 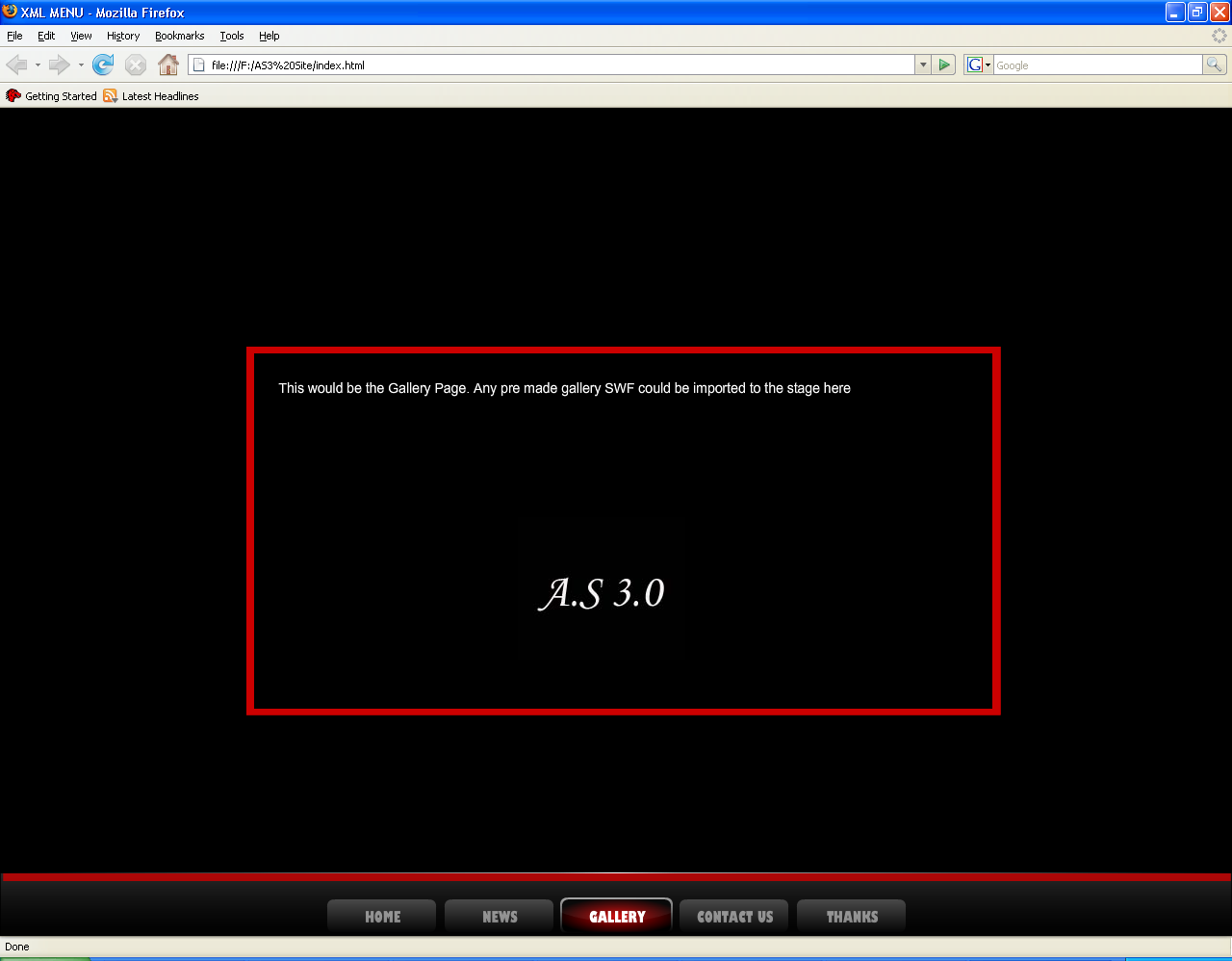 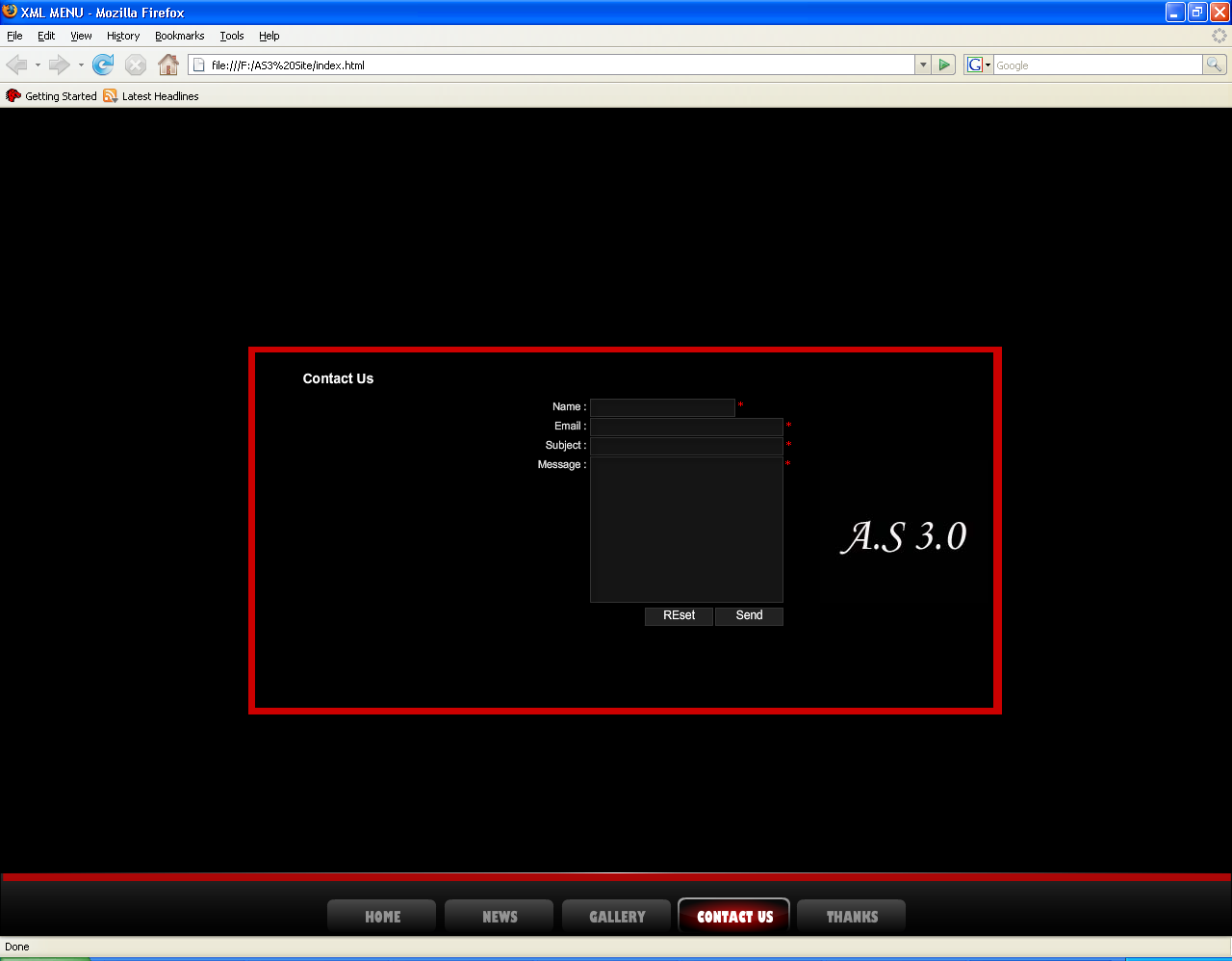 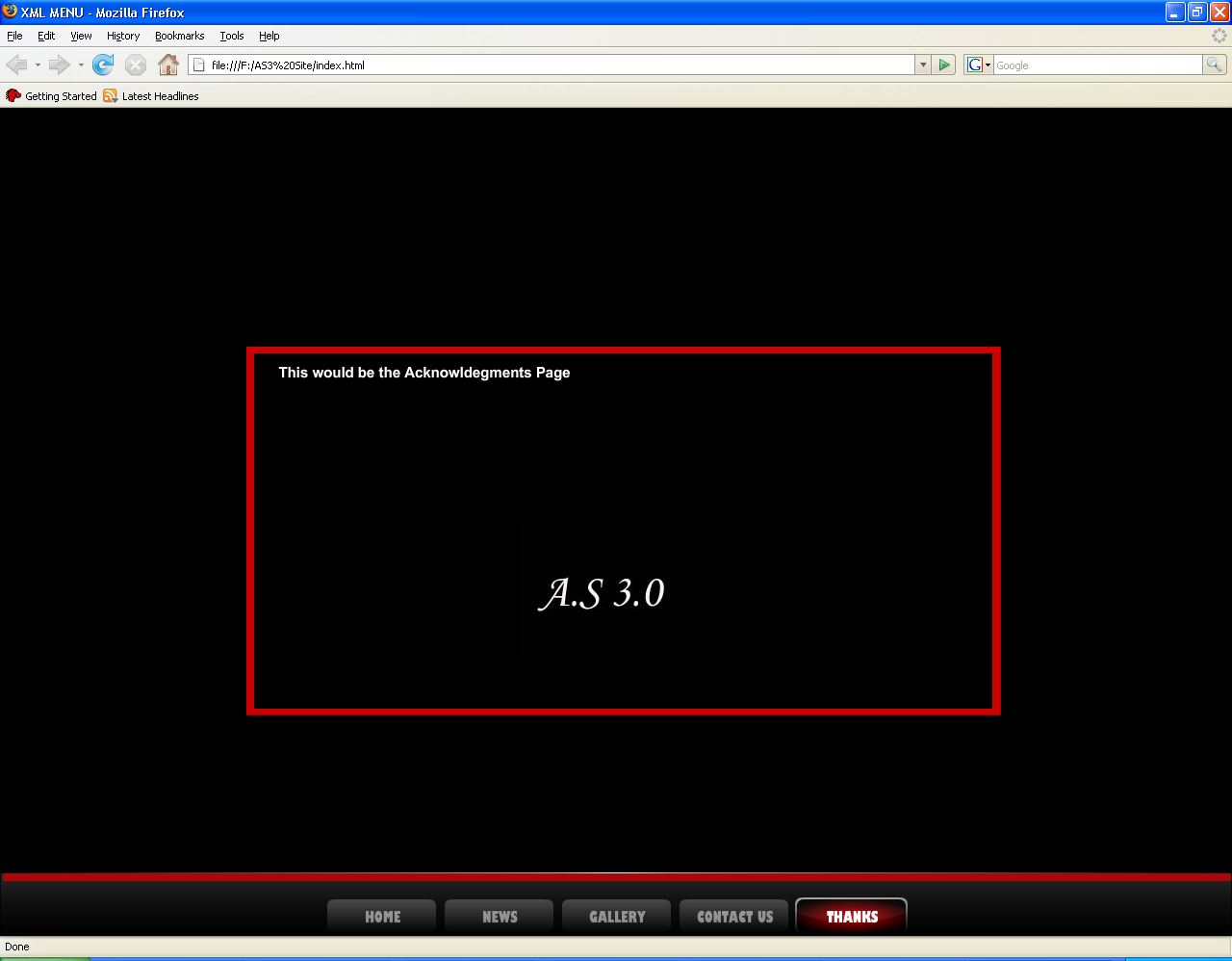