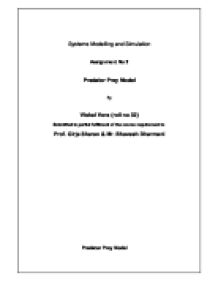 Systems Modelling and Simulation - Prey predator model. The goal of this experiment is to model the population dynamics of animals both predator and prey when they are present in an environment.

Submitted in partial fulfilment of the course requirement to

The goal of this experiment is to model the population dynamics of animals both predator and prey when they are present in an environment.

→ starvation due to death due to non-availability of prey

Thus it can be written as

Then we can plot the graph for different initial values of prey and predator and find the population model.

Create a file lotka.m with the following code. This will help us use the lotka model with different values of alpha and beta.

Following code is then used to get the output 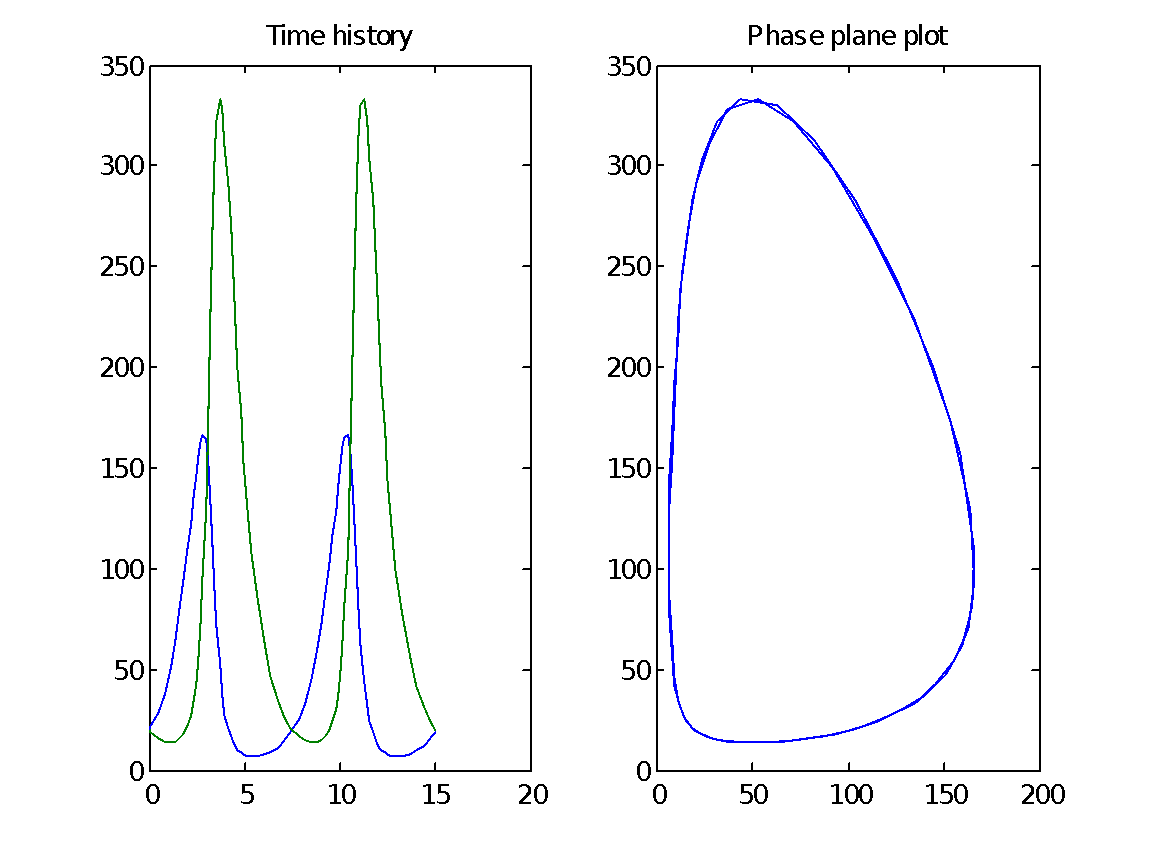 This shows that population of the predator will initially fall and that of prey will fall. 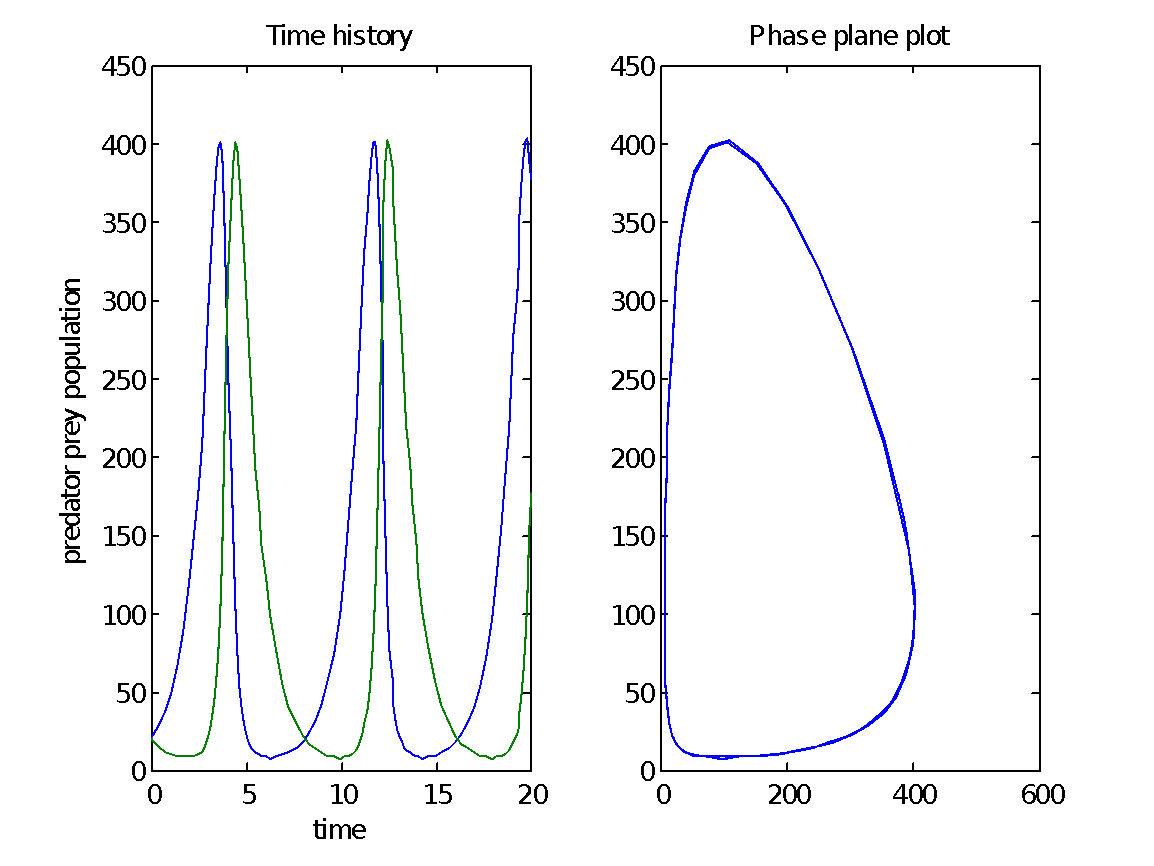 The predator prey model shows that: