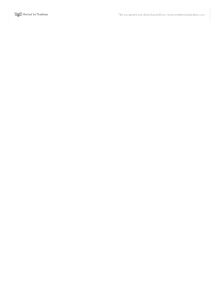 Active audiences have a mind of their own and they inject their own meanings into media messages that they receive via different mediums.

Active audiences have a mind of their own and they inject their own meanings into media messages that they receive via different mediums. As an active audience, they have the freedom of choice in their selection of media and its content. They may also have different responses to the media. Over time research studies have shifted in focus to study audiences as having an active nature rather then a passive one. Different arguments have thus been brought up to support the idea that audiences are active. This essay will aim to study the arguments for the active audience. An active audience is one who interprets media messages by constructing their own meanings to it. They question the media messages that they receive, agreeing only with what they believe in while they criticise and rejecting others based upon their past experiences or knowledge that they have. Active audiences do not allow themselves to be manipulated by the media and media itself also does not have any direct influence on audiences because they interpret media messages differently and have different responses to it. According to Viola (2002), audiences who actively interpret a programme will bring to a text different subjectivity and readings due to different social backgrounds as well as knowledge resources of the programme and life. ...read more.

Programming policies are also formulated with specific viewing publics and market segments in mind. Bearing in mind that audiences schedule their interaction with media according to their needs, media institutions plan the release of their media content accordingly. An interviewee by Moores (2000:85) recalls how radio schedules intertwined with housework, child-rearing, with man's work and leisure tune, with youngsters' school and bedtimes, and with the whole family's mealtime and early relaxation. Television broadcasters may show programmes on cooking, health or exercising in the afternoon which suites the interest of housewives and the elderly while in the night they may show comedies or programmes with more adult themes to suite the working crowd. The fact that media institutions plan their broadcasting schedules according to the needs of consumers shows that audiences are active as they select their media content according to what they want. McQuail (1997:7-8) argues that many media operate in local environments and are embedded in local cultures because most people make their media choice freely, they do not typically feel manipulated by remote powers. The social interaction that develops around media use helps people to incorporate it into everyday life as a friendly rather then alienating presence. ...read more.

(Greengerg, 1964; Rosengren 1973; cited in McQuail 1997:8) This argument brings to light that media has no direct influence on audiences. Audiences are active by bringing in other views that help guide the way they look and interpret media text. As mentioned before audiences when reading media text will bring in their cultural believes, their own life experiences and opinions of other people. Audiences are thus not 'cultural dopes' who believe in everything that they are told by the media therefore the media however influential it might be will not be the whole and sole factor that shapes an individual. In conclusion, we can see from the various arguments that audiences are far from passive but are in fact active. Activeness in audiences can be seen from by the fact that firstly, audiences are able to decide how they want to interpret media content, which parts of the media content they believe in which parts they don't and they bring in new meanings into media messages either based upon their own experiences or though discussions that they have with others. Secondly, they make their own choices by deciding on the medium and the type of media content that they want to receive. Lastly, they make different responses to the media. Audiences can thus be suggested as being active. ...read more.