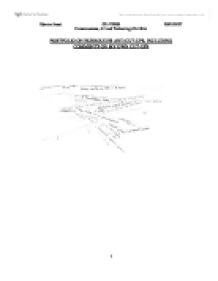 Portfolio On Burroughs and Cut-Ups, Including Comments On My Own Cut-Ups

Using song lyrics would create a more easily readable piece than straightforward prose, creating a poetic aspect. I realise that this could be considered similar to modern electronic music, but without any sound, there would only be the words. It is also difficult to choose lyrics. I decided it would be best to choose songs which I really like, as the result would provoke a more enthusiastic reaction from me and I would be writing about what I know, which is what Burroughs greatly encouraged and emphasised that one should do. Burroughs' cut up trilogy, 'The Soft Machine', 'The Ticket That Exploded' and 'Nova Express' all "plenty of satirical humour and titillating sexual and drug related material."16 It seemed to me that it is important to cut-ups things you are passionate about, but also, as Burroughs maintained, that one should write about what one knows, i.e. as aforementioned, drugs, humour and sex. In the case of the texts I chose to cut up, I have listened to the songs more times than I know, but I do not entirely understand the sentiment and meaning behind the songs. It was difficult to decide on these particular songs, but I decided it would be interesting to choose two songs which I interpret have contrasting messages behind them, or meanings. I realise that most contemporary songs are centred on one subject; love, but there are various branches of this that I could focus on. Hence, I decided to chose some songs all around the area of breaking up with someone, which I have a little experience of, but not much and therefore, I feel that I am not too emotionally connected to the lyrics. I thought that keeping the cut-ups on the same subject, even though from different perspectives and different genres of music, that the resulting message would be more profound and intense. Although I had the opportunity of using various 'cut-up engines' available on the web, I realised it would be much better to create these cut-ups by hand. ...read more.

linear, even in places such as China, where writing is read from right to left, there remains a standard and set structure for reading unlike the way we actually read and interpret real life, for example, when walking around on the streets, we take in fragments of everything around us, and we see so many things from more than one perspective. It is not this way with words and sentences, or any form of writing. It is virtually impossible to escape from this. Gestural language is still used and comprehended in many places but nonetheless, still has the possibility to imply a set image in one's mind...not of the meaning of the word, but of the gesture, just like with words. It seems that the only way to avoid the linear word virus is not to read at all; real life is very different from words written on and read from a page, the written word cannot be the same. There are ways including the cut-up to try and avoid the constrictions of the way we read, such as picture letters (see Figure 1), and also, I think it would be interesting to experiment with sign language and even learn from a community where very few people are literate. This project has certainly made me aware of the affect language and the way people use it can affect you, but also of the way people interpret words and different text differently. I do not feel that I am qualified to say whether I think there is any significance in Burrough's ideas about cut-ups giving one an incite into the future, as I did not carry out as much research into the subject and also, because my subject was different to that of Burroughs, as I only concentrated on the particular form of writing that is song lyrics. I am glad that I did concentrate on this specific form of writing as I feel that otherwise I would have had far too much to cover. ...read more.