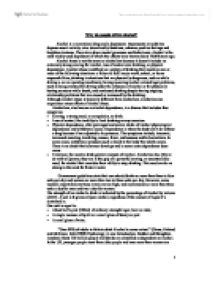 Why do people drink alcohol

Why do people drink alcohol? Alcohol is a recreational drug and a depressant. Depressants or sedatives depress neural activity, slow down bodily functions, enhance positive feelings and heighten alertness. They slow down mental processes and behaviours. Alcohol is the most widely used depressant of which the effects were known about 10,000 years ago. Alcohol abuse is not the same as alcoholism because it doesn't include an extremely strong craving for alcohol, loss of control over drinking, or physical dependence. Alcohol abuse is defined as a pattern of drinking that results in one or more of the following situations: a failure to fulfil major work, school, or home responsibilities; drinking in situations that are physically dangerous, such as while driving a car or operating machinery; having recurring alcohol-related legal problems, such as being arrested for driving under the influence of alcohol or for physically hurting someone while drunk; and continued drinking despite having ongoing relationship problems that are caused or worsened by the drinking. Although alcohol abuse is basically different from alcoholism, alcoholics also experience many effects of alcohol abuse. Alcoholism, also known as alcohol dependence, is a disease that includes four symptoms: * Craving, a strong need, or compulsion, to drink. * Loss of control, the inability to limit drinking on any occasion. * Physical dependence, after prolonged and severe intake of alcohol physiological dependence and withdrawal occur. ...read more.

Although short-term use may alleviate depressive feelings, long-term use may increase these feelings. Heavy users usually suffer from mal-nutrition as they eat less and the alcohol they take in depletes the vitamins and minerals from the body. Alcohol contains many calories, which suppress appetite. It also interferes with the absorption of vitamin B from the intestines and this cause a vitamin deficiency; the long-term effect of this is brain damage and the memory is particularly affected. Other physical effects include liver damage, heart disease, increased risk of stroke and increased risk of infections because of the immune system ceases to function properly. Heavy drinking can increase the risk for certain cancers, especially those of the liver, oesophagus, throat, and larynx. Women who drink during pregnancy can produce babies with foetal alcohol syndrome. Babies with foetal alcohol syndrome may have some of the following characteristics; small birth weight, small head circumference, epicanthal folds, small widely spaced eyes, flat midface, short, upturned nose, smooth wide philtrum, thin upper lip and/or an underdeveloped jaw. Most children with this syndrome are irritable, they don't eat very well, they don't sleep very well, they are extra sensitive to sensory stimulation and they have a strong startle reflex. They can show hypertonia (too much muscle tone) or hypotonia (too little muscle tone) or both. Some infants may have heart defects or suffer abnormalities to the ears, eyes, liver, or joints. ...read more.

Virtually all alcoholism treatment programs also include Alcoholics Anonymous (AA) meetings. AA describes itself as a 'worldwide fellowship of men and women who help each other to stay sober.' Although AA is generally seen as an effective help program for recovering alcoholics, not everyone responds to it but other recovery approaches are available. Even people who are helped by AA usually find that it works best in combination with other forms of treatment, including counselling and medical care. There are good types of counselling that teach alcoholics to identify situations and feelings that trigger the urge to drink and to find new ways to cope that do not include alcohol use. Because the support of family members is important to the recovery process, many programs also offer brief marital counselling and family therapy as part of the treatment. These programs may also link the sufferers with vital community resources, such as legal assistance, job training, childcare, and parenting classes. Alcoholism can be treated but there is no cure. Even if an alcoholic has been sober for a long time and has regained health, they still remain vulnerable to relapse and must continue to avoid all alcohol in any form. 'Cutting down' on drinking doesn't work; cutting out alcohol is necessary for a successful recovery. In Conclusion, despite the negative effects of it people still drink alcohol because it is a social activity and although there are many of these negative effects people usually focus on the positive effects. ...read more.