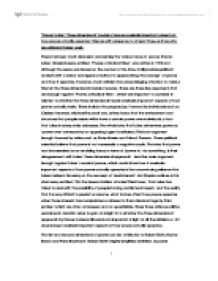 Steven Lukes(TM) three dimensional(TM) model of power overlooks important aspects of how power actually operates(TM). Discuss with reference to at least three authors who are critical of Lukes(

'Steven Lukes' 'three dimensional' model of power overlooks important aspects of how power actually operates'. Discuss with reference to at least three authors who are critical of Lukes' work. There has been much discussion concerning the various faces of power. Steven Lukes' classical essay entitled: 'Power; a Radical View' was written in 1974 and although the essay was based on the context at the time, it still provides political analysts with a robust and rigorous method to approaching the concept of power and how it operates. However, much criticism has arose bringing attention to various flaws in the three dimensional model of power. There are three key arguments that are brought against 'Power; A Radical View', which are important to consider in relation to whether the three dimensional model overlooks important aspects of how power actually works. These include the proposal put forward by individuals such as Clarissa Hayward, Michael Foucault and Jeffrey Isaac that the environment and structures that people reside within have a certain power over individuals; a fact that Lukes inadequately addresses. The whole idea that Lukes determines power as 'power over' someone by an opposing agent is criticised. This is an argument brought forward by critics such as Peter Morriss and Talcott Parsons. These political scientists believe that power is not necessarily a negative cycle. The idea that power can be exercised as an enabling force; in terms of 'power to' do something is their disagreement with Lukes' three dimensional approach. Another main argument brought against Lukes' model of power, which could show how it overlooks important aspects of how power actually operates is the unconvincing reliance that Lukes makes in his essay on the concept of 'real interests'. ...read more.

Theoretically individuals may hold much personal power within certain organisations; however there is a certain power that an institution has that accumulates the more it becomes ingrained into our society. This implies that there is a certain power that emulates from collective force that has no moral responsibility because it is not a specific individual. A main basis for Lukes' thesis is cast around the idea of morals and the fact that it is possible to use power over someone as a positive phenomenon because the person dealing out the power is morally responsible and often accountable4. This implies that there is a flaw in the three dimensional model because there is a certain influence and power that affects individuals which comes from an amoral agent. Hayward argues that there are influences and power over individuals coming from other sources that are often either void of responsibility or the lack the capacity to act in a moral way. Again this points to Lukes' narrow view on power due to his connections he makes with moral responsibility and power, which doesn't allow him to consider other potentially influential factors affecting how power operates. However, Hayward does make some concessions, in the sense that it is useful to tie in moral responsibility and use of power to create a working model. Although she does make well-founded claims that show that not all relations, actions and processes involving power are attributable to forces that can be not be specified.5 Hayward does provide some insightful points to consider when considering how power operates and her argument does imply that Lukes has overlooked important aspects to how power operates. ...read more.

However they are narrow minded with the aim of identifying specific power relations - that have been identified by its author to be most relevant and useful, especially where a moral identification can be made (possibly with the aim of applying morality and responsibility to ensure power is conducted in a favourable manner). Environmental factors are also address by Shapiro and this is probably the most fatal flaw in the three dimensional model of power. This is because there are always going to be external and often unknown factors that will affect a situation. Even the perceived reasoning for a power related issue may be incorrect. The dubious reliance on real interests provides a source for distress to any critic who does not approve of a rational choice approach. Certainly Shapiro is known to be one of those. Although it would be foolish to assume that Lukes intended to cover the whole subject of power with one model. Even with all this criticism Lukes' Power; a Radical View is a classic piece of literature concerning important revelations and insightful progress in the realms of broadening our understanding of power and how it operates. It may lack solid foundations of sometimes doubtful real interests, but it all depends on what you put into the model. A researcher equipped with all the relevant information that enabled him to apply Lukes' model without making such assumptions or not including other potential sources of influence would be in a far stronger position. It is also plausible to assume that one could build onto Lukes' three faces to make a more complete picture and as Shapiro wisely states, at the end of his review, that Lukes and others like him should join him in such a pursuit. ...read more.