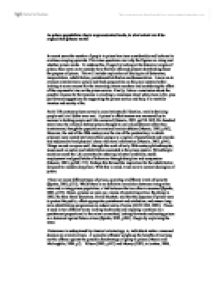 As prison populations rise to unprecedented levels, to what extent can it be argued that prisons work?

As prison populations rise to unprecedented levels, to what extent can it be argued that prisons work? In recent years the number of people in prison has risen considerably and looks set to continue creeping upwards. This raises questions over why the figures are rising and whether prison works. To address this, I begin by looking at the historical origins of prison, then move on to consider how this has informed present-day thinking about the purpose of prison. This will include exploration of ideologies of deterrence, incapacitation, rehabilitation, punishment/retribution and denunciation. I move on to evaluate alternatives to prison and fresh perspectives on the penal system before looking at some reasons for the increasing inmate numbers and considering the effect of the exponential rise on the prison service. Finally, I draw a conclusion about the possible reasons for the tensions in reaching a consensus about what prison is for, plus put forward suggestions for supporting the prison service and help it to work for inmates and society alike. Early 12th century prisons served a coercive/custodial function, mainly detaining people until civil debts were met. A prison's effectiveness was measured by its success in holding people until this occurred (Muncie, 2001, pp159-160). Six hundred years later, the rationale behind prison changed to one of punishment rather than containment, though the population remained mainly debtors (Muncie, 2001, p162). ...read more.

One example is Grendon Prison, where medical/welfare professionals, prison staff and inmates form communities built on mutual respect and social responsibility. The intense treatment programme promotes pro-social behaviour and cuts recidivism in a population of prisoners with a higher than usual propensity to reoffend. The programme aims beyond rehabilitation, to reform prisons so as to enable them to see the victim??s perpective and the harm that their actions cause, to be more aware of their own and others' dangerous patterns of behaviour, and to show that they have talents to use outwith crime (D315 CD2, 2005). As two-thirds of prisoners are excluded from the majority of jobs due to poor basic education (Rose, 2002a; in Jewkes, 2006, p49), the potential benefits of rehabilitation to offenders and society alike are apparent. However, the exponential rise in inmate numbers means that resources are stretched thin, with funding for addiction programmes being shared across an increasing population (D315 CD2, 2005). Prisoners repeatedly false-start treatment programmes (Rose, 2002a; in Jewkes, 2006, p49, p51), which jeapordises chances of success. Perhaps the �2000 per month cost to house one inmate (Sparks, 2001, p215) would be better invested in reform and rehabilitation rather than simple containment. For many, the true purpose of prison is punishment of the 'bad' (ie, offenders) ...read more.

However, mounting evidence demonstrates that prison doesn't deter crimes, nor does it prevent recidivism. Prison may assuage an immediate societal need for punishment and retribution, but with increasing percentages of prisoners serving short sentences and coming from chaotic lifestyles of addiction and social/economic exclusion, it makes sense to take a longer-term perspective. Rehabilitation and reform programmes can open up employment opportunities for inmates upon release, plus treatment for addictions can curb the primary reasons for offending. This could encourage would-be offenders to make a classical-style pros vs cons choice about committing crimes, but it fosters more active and positive choices. In addition, community sanctions such as electronic tagging could help preserve the familial ties that are so important for preventing recidivism. For prison ultimately to work, the culture of thinking about prisons and prisoners must change. Firstly, politicians and policy-makers must lose their fear of alienating the public. A shift is required from human warehousing of petty offenders serving short sentences to more measured and concerted efforts to decrease the prison population, and prevent recidivism though in-prison treatment and training, and more joined-up welfare support upon release. Perhaps it is time to look back to the Victorian ethos of compassion to inspire the future of prison. Through these means, real alternatives to crime could be opened up to disadvantaged individuals. Whole communities could then be strengthened and made safer from within, through greater social inclusion rather than some individuals being forced behind prison bars. ...read more.