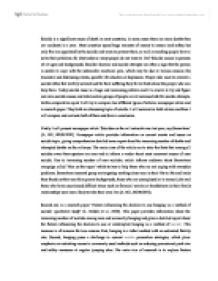 Suicide is a significant cause of death in most countries, in some cases there are more deaths than car accidents in a year. Most countries spend huge amounts of money to ensure road safety, but only few are appointed by the suicide and ways to prevent them, as well as teaching people how to solve their problems. So why today so many people do not want to live? Suicide occurs in persons of all ages and backgrounds. Suicidal ideation and suicide attempts are often a sign that the person is unable to cope with the unbearable emotional pain, which may be due to various reasons like traumatic and distressing events, specific life situation or depression. People who want to commit a suicide often feel terribly isolated and for their suffering they fail to think about the people who can help them. Today suicide issue is a huge and increasing problem and it is crucial to try and figure out main suicide causes and what certain groups of people are at increased risk for suicide attempts. In this comparative report I will try to compare two different types of articles: newspaper article and a research paper. ...read more.

Newspaper article is written using quantitative research and is positivistic and also objective because social facts that are in article have an objective reality: showing real portrayal of suicide among men and trying to answer the question why men are at risk to die by suicide. It is a quantitative research because author himself did not interfere in any suicide investigation. Firstly he used already prepared Rail Network annual report to confirm his raised hypothesis about increasing number of men suicides on the rail network. Secondly he used method of interview to get an existing data by interviewing Samaritans, who did their own research on suicide among men and also listened Nigel Owens who attempted to take his own life. In other words article is written using background information on suicides, analysis and interpretation and by using interview. Article is deductive because this reasoning involves moving from generalities to specifics by working through a series of reasoned statements (S.E. Smith, 2010). Firstly, article works from more specific theory (increasing number of suicides on the railways), secondly, it narrows down to hypothesis (among all suicides even three-quarters are men), then it goes even further to observations (collecting data and interviews) ...read more.

to patterns and regularities, then it goes further and formulates some tentative hypotheses that can be explored (why people choose hanging as method of suicide) and finally ends up developing some general conclusions or theories (reasons for favouring hanging were based on some misconceptions about the ease with which it may be implemented and the likely nature of the ensuing death). In conclusion I want to say that both newspaper article and research paper are based on social research. Newspaper article is relevant to people on a local level, research paper is for academic society that's why approaches to research on main topic differ. Newspaper article is written using quantitative approach where author is analyzing already collected data and develops it from specific theory to a confirmation of hypothesis. On the other hand research paper uses qualitative approach where researcher is observing, gathering and analyzing data and develops it from specific observations to some general conclusions or theories. Both approaches are useful and legitimate in social research. Some research situations and topics are most amenable to qualitative examination other's to quantification. We need both. However because these two approaches call for different skills and procedures (E. Babbie, 2009) we need to think about audience and outcomes of research and then choose an approach suitable for social research. ...read more.