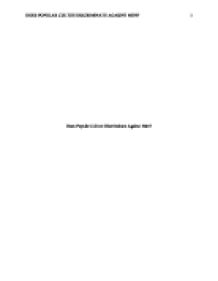 Does Popular Culture Discriminate Against Men? Although women have always played central roles in the consumption of America's popular culture, their most significant role has been the largely passive one of providing popular culture with its major images. That is, the images of women, far more than those of men, pervade the various forms of popular culture. In short, women as a group - a class, a sex- have been used to represent most of the social mythology that is expressed in popular culture (Fishburn, p. 3, 1980). In this Essay, two authors argue whether popular culture discriminates against men. Warren Farrell points out that men are discriminated against in today's culture. He shows some absurd examples such as Shoe Box greeting cards that bash men and a button that states, "Not all men are annoying, some are dead." Farrell's point of view, the public favors stories about the oppression of women and companies are afraid of negative publicity. On the other hand, James P. Sterba argues that women are who really discriminated against in culture not men. Sterba gives an appropriate example. He points out that pornography increases discriminatory attitudes and behavior in men toward women that take both violent and nonviolent forms. I advocate Sterba's argument because he demonstrates more proper reasons why popular culture does not discriminate against men with his neutral voice. ...read more.

Founded in June, 1942, the bureau "coordinated government publicity needs with information disseminated by magazines and proposed themes for articles, fiction and editorials which were designed to create favorable attitudes toward government programs." Among the most important of its activities were those involved with increasing the number of women in the work force according to Honey, took up most of the bureau's time between 1943 and 1944. Once women were no longer needed in the factories, the bureau's publication, the Magazine War Guide, asked publishers to concentrate on the problmes in the homes-problems that women, by implication, would have to quit their jobs in order to solve. In short, Honey demonstrates that the OWI formally approved the use of popular culture as government propaganda (Fishurn, p. 132. 1980). Popular culture reinforces sexual stereotypes of its women's role. Even though a woman anchors CBS Evening News, men still enjoy disproportional representation in respected positions on the show. Among correspondents featured, women were reporters on only twelve of forty-one stories discussed, or 29%. Men reported on the remaining 29 stories. Additionally, one third of the female-reported stories were broadcast one the one news day that Katie Couric was out and a Harry Smith was anchoring the show. If that episode is taken out of the equation, the proportion of women to men drops to 24%. ...read more.