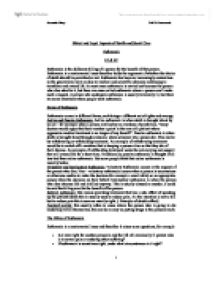 Ethical and Legal Aspects of Health and Social Care.

Ethical and Legal Aspects of Health and Social Care Euthanasia E1 & E2 Euthanasia is the deliberate killing of a person for the benefit of that person. Euthanasia is a controversial issue therefore holds the argument of whether the choice of death should be permitted or not. Euthanasia has become increasingly contentious as the generations move on due to medical and scientific advances continuing to transform and extend life. In most cases euthanasia is carried out because the person who dies asks for it, but there are cases called euthanasia where a person can't make such a request. A person who undergoes euthanasia is usually terminally ill, but there are some situations where people want euthanasia. Forms of Euthanasia Euthanasia comes in different forms; each brings a different set of rights and wrongs. Active and Passive Euthanasia: Active euthanasia is when death is brought about by an act - for example when a person is killed by an overdose of painkillers, "many doctors would argue that there reaches a point in the care of a patient where aggressive medical treatment is no longer of any benefit". Passive euthanasia is when death is brought about through omission, when someone lets a person die. This can be by withdrawing or withholding treatment. An example of withdrawing treatment would be to switch off a machine that is keeping a person alive so that they die of their disease. An example of withholding treatment would be not carrying out surgery that will extend life for a short time. Traditionally, passive euthanasia is thought of as less bad then active euthanasia. But some people think that active euthanasia is morally better. Voluntary and Involuntary Euthanasia: Voluntary Euthanasia occurs at the request of the person who dies. Non - voluntary euthanasia occurs when a person is unconscious or otherwise unable to make the decision for example a small child, so an appropriate person takes the decision on their behalf. ...read more.

Unlike moral rights and obligations and duties, legal ones are publicity acknowledged and legally enforceable e.g. thee right not to be discriminated against in employment. However, although an attempt has been made here to separate ethical and legal issues formally, in practice they are often difficult to distinguish, and health and social care workers will face many situations where both legal and ethical rights, duties and obligations come into conflict. Autonomy: this literally means 'self-rule' and refers to the degree to which an individual can think, decide and act independently. For many respect for the autonomy of the individual is a good key goal of ethical practise. The thought behind the high regard afforded to autonomy is the uniqueness of each individual human being and the belief that to remove the individual the opportunity foe self-determination is fundamentally to compromise their humanity. Respect for the autonomy of the individual provides some protection in cases where the needs and wishes of the majority may override those of the individual or minority. This relates to euthanasia because its discussing how an individual can think, decide and act independently, but according to the law this is not allowed when concerning euthanasia because they are not allowed to die if they want to because somebody else would have t o help them and this would be classed as murder even though the patient wants to die. Paternalism: The principle of paternalism is more authoritarian. This holds that decisions can frequently best be taken on behalf of others by those who have the best interests of those others at heart and who are in possession of all the facts. In a medical context this may take the form of 'the doctor knows best' view. This principle will result in a denial of the patients autonomy and right to play a full part in decisions about their treatment but will be justified by the belief that patients cannot possibly be as well informed as their doctor and can therefore make no useful contribution to decision making. ...read more.

Weakness: because different doctors diagnose different patients, two patients with a similar or the same case could get an overall different outcome as doctors don't all have the same opinion and could therefore make a different decision. This is very different compared to the prescriptive approach as that is just one set of rules to follow by. The Consequentialist Perspective: Strength: they take the 'best outcome' on the situation so they have to take into consideration many things before making a decision. For example how much money is it costing the NHS to keep this person alive, how much money are they going to have to spend before this patient dies of natural causes. So a strength would be if the patient is granted euthanasia it would save the NHS a lot of money to spend on patients that are going to live for a longer period of time but need treatment. Weakness: This is not really an ethical point as euthanasia is still illegal in the United Kingdom so the NHS would not be able to use this as a valid point to be able to grant a patient euthanasia. Deontological Perspectives: Strength: they take into account personal beliefs so that the patient can say what they believe in so it could be in their beliefs that euthanasia should be permitted to take place, therefore move to another country where this is legal and they use autonomy in this perspectives which literally means self rule so the patient should be allowed to 'self rule' there body which means they should be allowed to commit the crime euthanasia and in autonomy it mentions self determination which means that they have the ability to make their own decisions and act on them so again this should entitle them to euthanasia. Weakness: as euthanasia is a crime it would not be allowed so I don't think this is relevant to euthanasia as whatever happens it is still illegal and will not be allowed in the United Kingdom which sort of contradicts the laws above. ...read more.