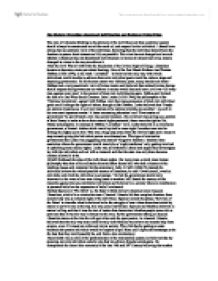 Has Modern Liberalism Abandoned Individualism and Embraced Collectivism The core of Liberalist thinking is the primacy of the individual and that a political system should always be constructed out of the needs of, and respect for the individual. Liberals have always had an atomistic view of the individual, believing that the individual should have the freedom to pursue their interests as fully as possible. This view has not changed and as such Modern Liberalism has not abandoned individualism in favour of collectivism it has merely changed its views in the way to achieve it. After the Civil War of 1640 with the dissolution of the Divine Right of Kings, Liberalism became to become a more prevalent ideology. One of the first liberal thinkers was Thomas Hobbes (1588-1679), in his work 'Leviathan' he believed the only way with which individuals would be able to achieve their own individual goals would be under a large and imposing government. He felt human nature was 'Solitary, poor, nasty, brutish and short.' Hobbes had a very pessimistic view of human nature and believed that rational human beings should respect their government as without it society would descend into a civil war 'Of every man against every man' in the pursuit of their own individualist goals. ...read more.

They felt that by getting no state handouts the poorer individual would be inspired to pull them self's up by the bootstraps to be the best that they could possibly be, and form a true meritocracy. Adam Smith was a critic of the protectionism of the mercantilist system, he believed that by pursuing our own individual ends by you that we achieve broader social goals. He championed the laisse faire economy of the late 19th and 20th Century believing that market competition would act as an invisible hand which would sort out the economic life of the individual with no need for government control. Modern Liberals disagreed with this theory, they felt unbridled Capitalism had prevented many poorer individuals from becoming the best that they could be, they felt to make it a level playing field for all individuals then the government of the day should intervene.T.H Green stated 'The life choices of the many were being sacrificed for the economic liberty of the view.' Modern Liberals felt social reform was needed by the government to enhance the equality of opportunity for the individual. This was termed as 'positive freedoms', freedom from poverty, poor housing, illness and the freedom to achieve. ...read more.

He stated that a modern welfare state should be 'active, not passive , genuinely providing people with a hand up not a handouT.' So as opposed to Modern Liberalism abandoning Individualism and embracing collectivism it could be argued that other parties such as Conservative and Labour have embraced Liberalism with their views on laisse faire economics and the individual being responsible for themselves and not relying on the state. Liberals views on the role of the state have changed , to the point where they believe some government intervention is needed, so as to provide more opportunities for individuals to achieve their potential , though this is not abandonment of the primacy of individualism just a change in the way they believe it can be achieved. Liberalism is still the left/right model of politics that it has always been , as it still contains the commitment to equality by the left and the approval of human effort and freedom by the right. The way to get individualism by liberals may have changed but the overriding ideology of the need to maintain the rights of the individual to have soverierenty over himself has remained the same. Guy Hadden 20/10/05 ?? ?? ?? ?? ...read more.