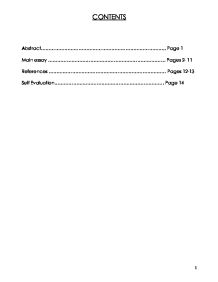 Is the British penal system effective? Most of the evidence points to prison not being cost effective or instrumental in rehabilitation. I have also, through sociological evidence, stated effective alternatives to incarceration, the psychological effects

Telephones are an alternative way of keeping in touch with family and friends outside of prison. The aim is to encourage prisoners to take responsibility for maintaining close and meaningful ties (Coyle, 2005). Instead of using phone cards pin phones are now used in all prisons. Prisoners may purchase credit and the cost of phone calls made is deducted automatically from their PIN account (HM Prison Service, 2004). However, understanding how prisoners keep in touch with families and friends is not enough to be able to judge whether prison is effective or not. We would also need to consider health issues relating to prisoners. According to National Statistics, health problems are quite serious in prisons, there are about 78 per cent of male remand prisoners, 64 per cent of sentenced males, and 50 per cent of sentenced females have some form of mental illness (Maguire et al, 2007). It was believed that the environments lead to the poorer health of prisoners as they do not have enough exercises and access to fresh air whilst in prison. Apart from mental health problems, drug misuse and problems of suicide are both found in prisons. Nearly three quarters of all recent prisoners had used illegal drugs in the twelve months before their imprisonments and over half of them reported that their offences were linked to their drug misuse because they needed money to buy drugs (Coyle, 2005). The prison service has been making great deal of effort to deal with prisoners who misuse drugs, for example, treatment programmes are provided. Prisoners can always get help with their drug problems through programmes such as those run as Voluntary Testing Units, where prisoners are regularly tested for drugs (HM Prison Service, 2004). Sometimes, the feelings of being in custody can be painful and almost unbearable. Some prisoners might feel so desperate that they will harm themselves or even attempt to commit suicide. ...read more.

They are isolated from everything and everyone they know. However, it can also be argued that this is a punishment for the offender's family and as such is unjust as the family are not guilty of any offence. Another main purpose of prison is protecting the public. This aim also is fulfilled effectively but only on a temporary basis. It is true that whilst an inmate is in prison for burglary he cannot commit another burglary against the general public. It should be noted, however, that prisons are not crime free. Many prisoners suffer assaults at the hands of other inmates and also drug misuse still occurs within the prison walls. Whilst there is overcrowding within prisons assaults and conflict will continue. Prison should also act as a deterrent; however, this is not always the case. If imprisonment is used with sufficient ruthlessness, of course it can act as deterrent (Murray et al, 1997). If everyone who shoplifted was immediately given one year in prison, there is no doubt that shoplifting would be very rare. Many criminals only see prison as an occupational hazard. The risk of being caught and subsequently sent to prison is in decline in recent years. "The risk of going to jail if you committed a crime was cut by 80 percent" (Murray et al, 1997: 1). As the evidence suggests prison no longer acts as a deterrent to many criminals. Finally, the evidence from the Home office shows that the majority of prisoners do re-offend within two years of their release. The majority of inmates have a mental health illness and probably do not receive the medical help they need within Prison. Prisons cost �2 billion in 2001/2 (Joyce, 2006) which is vastly more than a community sentence with supervision would cost. The re-offending rate for community sentencing is similar to that of custodial sentences (Joyce, 2006). Therefore prisons are not as effective as they should be and society should possibly be looking at alternatives to prison for all but the most serious of offences and prolific criminals. ...read more.