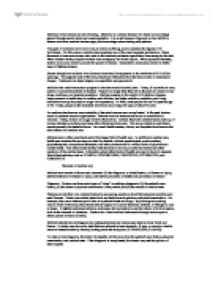 Medicine is the science and art of healing. Medicine is a science because it is based on knowledge gained through careful study and experimentation.

Medicine is the science and art of healing. Medicine is a science because it is based on knowledge gained through careful study and experimentation. It is an art because it depends on how skilfully doctors and other medical workers apply this knowledge when dealing with patients. The goals of medicine are to save lives, to relieve suffering, and to maintain the dignity of ill individuals. For this reason, medicine has long been one of the most respected professions. Many thousands of men and women who work in the medical profession spend their lives caring for the sick. When disaster strikes, hospital workers rush emergency aid to the injured. When epidemics threaten, doctors and nurses work to prevent the spread of disease. Researchers continually search for better ways of fighting disease. Human beings have suffered from illnesses since they first appeared on the earth about 21/2 million years ago. Throughout most of this time, they knew little about how the body works or what causes disease. Treatment was based largely on superstition and guesswork. Medicine has made tremendous progress in the last several hundred years. Today, it is possible to cure, control, or prevent hundreds of diseases. People live longer than they did in the past as a result of new drugs, machines, and surgical operations. Medical progress in the control of infectious diseases, improvements in health care for mothers and children, and better nutrition, sanitation, and living conditions have given people a longer life expectancy. In 1900, most people did not live past the age of 50. Today, people in the industrial world have an average life span of about 75 years. As medicine has become more scientific, it has also become more complicated. In the past, doctors cared for patients almost single-handed. Patients received treatment at home for most kinds of illnesses. Today, doctors no longer work by themselves. Instead, they head medical teams made up of nurses, laboratory workers, and many other skilled professionals. ...read more.

However, present methods of funding, in whatever form, cannot keep pace with the escalating costs of medical care and demand for treatment. The crisis continues to grow, and no country has yet been able to address it successfully. In China and some other countries, medicine is completely socialized--that is, all medical facilities are publicly owned and all medical personnel are paid from public funds. Every citizen receives medical care free or at very low cost. In some other countries, medicine is largely socialized. The United Kingdom (UK) is the best-known example. In the UK, the central government owns most medical facilities, pays most medical personnel, and provides most medical care free or at low cost. In many other countries, including most Western European countries, Japan, and Australia, medicine is partly socialized. The central government does not own most medical facilities, nor does it pay most doctors, who are self-employed. But these countries have a national health insurance plan that provides free medical care or refunds almost all the money a patient spends for medical care. The plan is financed through the social security system in almost all the countries and is compulsory for workers covered by social security. Doctors who take part in the national plan must charge a set fee, but patients may choose their doctor and hospital. A system of mixed medical care--private health care paid for by insurance or directly, with some state provision for the poor--is typical of countries such as the United States and India. In general, medical services are not evenly distributed, as doctors and hospitals tend to be concentrated in the cities. In some developing countries, medical treatment may be nonexistent in poor areas located in remote rural districts. Governments and international aid agencies are trying to provide a service to these rural areas, with the help of nurses, midwives, mobile clinics, improved health education, and even traditional healers. ...read more.

Other factors increasingly taken into account are the patients' environment and way of life, and the attitude of the patient towards preventing health problems. Legal and ethical questions. Medical progress has raised a large number of new, complex, and difficult problems in the day-to-day practice of medicine. For example, modern medicine's ability to prolong life raises the question of when death actually occurs. In the past, people were considered legally dead when the heart and breathing stopped. But today, machines can keep a patient's heart and lungs working for days or even months after they can no longer function by themselves. As a result, many experts believe that a person should be considered legally dead when the brain stops functioning. Other ethical questions raised by modern medicine concern organ transplants, abortion, euthanasia (helping or allowing patients to die), gene therapy, and the use of human subjects in medical experiments. Some hospitals have established ethics committees which doctors can consult when faced with an especially difficult ethical question. Malpractice is a growing legal dilemma confronting doctors today. Doctors may be accused of malpractice if a patient believes that he or she has been injured through the doctor's mistake or negligence. Some doctors believe that malpractice suits have become more common because many patients now have unrealistic expectations about medical care. Patients expect their treatment to be successful, even though some modern medical techniques are highly complicated and potentially dangerous. Problems for research. Medical research has yet to find the underlying causes of diseases of the heart and blood vessels and of cancer--the chief causes of death in the industrial world. Knowledge of the molecular and cellular causes of these disorders will help scientists develop better ways of treating and preventing them. Women's health issues, especially breast cancer, hip fracture, and mother-and-child care, are also receiving attention from researchers. In addition, many researchers are studying how preventive strategies, such as exercising, eating a balanced diet, and avoiding alcohol and cigarettes, can be made part of daily routines. Such strategies can reduce death rates, especially among middle-aged and younger adults. ...read more.