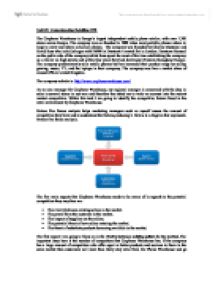 As an area manager for Carphone Warehouse, my regional manager is concerned with the drop in sales in several stores in my area and therefore has asked me to write an account into the current market competition.

Unit 41: Understanding Retailing (P4) The Carphone Warehouse is Europe's largest independent mobile phone retailer, with over 1,700 stores across Europe. The company was co-founded in 1989 when most portable phones where to large to carry and where called car phones. The company was founded by Charles Dunstone and David Ross who initially began with �6000 in Dunstone's rented flat in London. Dunstone focused on the public side of the company whilst Ross spent the most of his time establishing the company as a retailer on high streets and within four years they had developed 20 stores throughout Europe. The company predominantly sells mobile phones but has increased their product range by selling gaming, music, TV, and the laptops in their company. The company now has a market share of around 22% in United Kingdom. The company website is: http://www.carphonewarehouse.com/ As an area manager for Carphone Warehouse, my regional manager is concerned with the drop in sales in several stores in my area and therefore has asked me to write an account into the current market competition. Within this task I am going to identify the competitive factors faced in the retail environment by Carphone Warehouse. ...read more.

to the fact that their customers have an alternative service for their goods and services, and still have their needs met as it is a substitute of the goods and services from the Car Phone Warehouse. However, I have found no evidence of the mobile phone being replaced by a substitute product meaning this off no threat to Carphone Warehouse. In summary, I believe that the reason there has been a drop in sales in stores in my area is because these five aspects described above have been affected in a negative way for the Car Phone Warehouse. For example, I believe there is currently a substantial amount of rivalry between existing sellers in the market, such as T-Mobile using celebrity endorsement to advertise their products which could mean that some of our customers have changed to T-Mobile because of this. Furthermore, I believe that there is a high threat of new sellers entering the market. There is nothing stopping further companies entering the same market as the Car Phone Warehouse, meaning that their competition can be at threat and it would be likely that this would have be a cause of the drop in sales in stores in my area. ...read more.