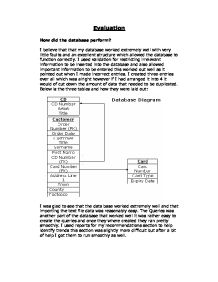 Evaluation of my database

How did the database perform?

I believe that that my database worked extremely well with very little faults and an excellent structure which allowed the database to function correctly. I used validation for restricting irrelevant information to be inserted into the database and also allowed important information to be entered this worked out well as it pointed out when I made incorrect entries. I created three entries over all which was alright however if I had arranged it into 4 it would of cut down the amount of data that needed to be duplicated.

Below is the three tables and how they were laid out: 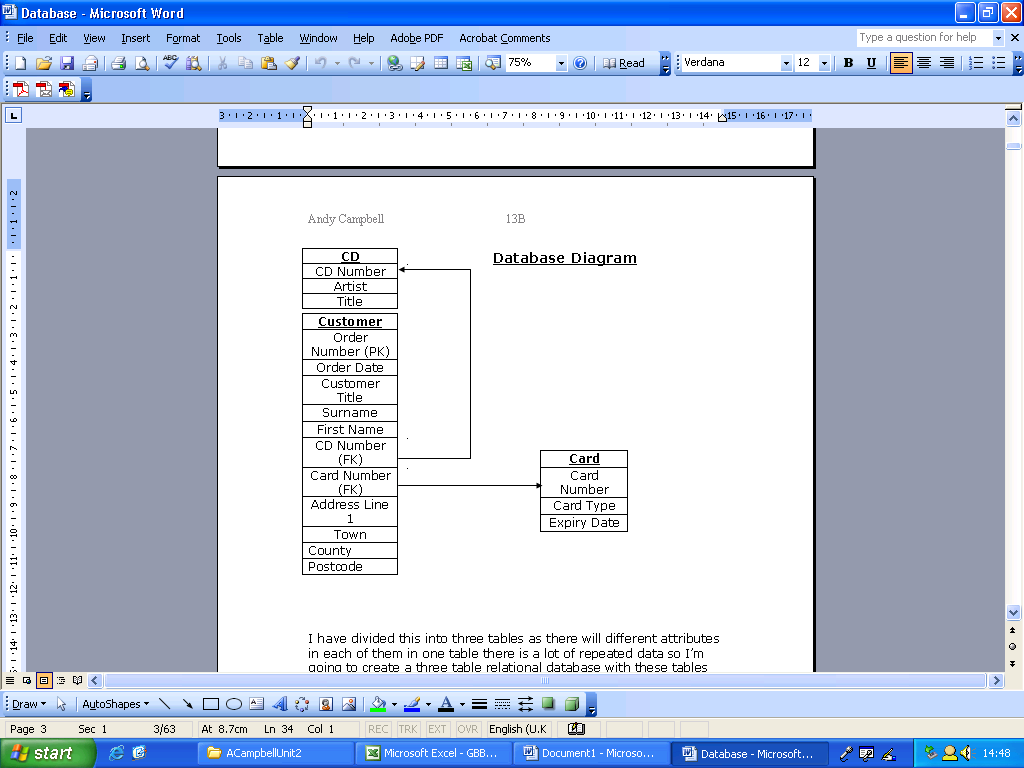 I was glad to see that the data base worked extremely well and that importing the text file data was reasonably easy. The Queries was another part of the database that worked well it was rather easy to create the queries and once they where created they ran pretty smoothly. I used reports for my recommendations section to help identify trends this section was slightly more difficult but after a bit of help I got them to run smoothly as well.

I was given a lot of useful feedback from my teacher which helped me understand where I had gone wrong and where I needed to improve. This showed me that there is always room for improvement and with the help of my teacher I added a lot of extra detail and depth in my database section.

A few things I could of improved:

How was my own performance?

I was reasonably proud of my own performance as I was able to grasp the concept of all the different aspects of the database that I had to do pretty easily. However where I fell down was due to pure laziness at times I just couldn’t be bothered and wouldn’t listen when the work was being explained and this would probably be the reason in which I found a few parts difficult as I did not understand and left it to the last minute to get the final parts done. If I where to do this again I would get it all done when I had the chance and also listened so that I understood better as if it was not for my free periods and a few after school classes I would not have this section done so I have learnt from this and in the future I will manage my time and use this time productively.

If I had the time to go back to this project I would have done a few extra queries and reports this would hopefully have made me receive a higher mark as there would have been a slightly more effective section in the database coursework.