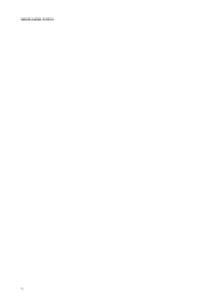 Factors Affecting the UK as a Tourist Destination.

﻿MAGDALENA SUREK ________________ UNIT 3: THE UK AS A DESTINATION CHALLENGE A, P4 There are two main types of factors that can affect both domestic and ibound tourism positively or negatively. They are either internal or external factors. Internal factors are issues that are internal to the UK, that are only to do with the UK itself, whereas, external factors range from the actions of governments to natural disasters over which UK has little absolutely no control. The five main factors I have choose to analyse in greates detail are; quality and good of services, marketing campaigns, economic recession, weather, and exchange rates. MARKETING CAMPAIGNS Marketing campaigns means defined series of activities that are purposely designed to promote a product, service or business. To achieve that the campaigns are usually using television, radio, internet, posters, however, they do not only restrict to these mediums, they also include demonstrations, word of mouth and other interactive techniques. For example, Visit Britain has a number of strategies to attract identified target markets. The Prime Minister has come up with different ideas to promote Britain abroad, what means that it will affect not domestic tourist but inbound tourism as well. The aim of these marketing campaigns is to market Britain successfully to visitors from around the world. One of the events that took place and are worth mentioning is the Royal Wedding. The marriage between Prince William, and Kate Middleton was seen as the biggest royal wedding since the wedding of Prince Charles, and Diana Spencer in 1981. ...read more.

The data from the Office for National Statistics (ONS) also showed that the number of UK residents who made trips abroad fell 15% last year to 58.53 million. But visitors to the UK spent around £16.48 billion, or 1% more last year than they did in 2008, a contrast to UK residents' expenses while abroad, which amounted to £31.85 billion - a 14% fall on figures from 2008. The recession also had an impact on the number of trips UK residents took abroad last year. The figure fell 16% to 38.44 million, while business trips were down 22% and visits to friends and relatives (VFR) abroad fell 7%. By contrast, more foreigners visited the UK on holiday, with the numbers rising 3% last year, although the overall total suffered with business trips falling 20%. The ONS also recorded a fall of 10% in the number of VFR trips to the UK last year. Records also reveal that UK residents took 21% fewer trips to North America last year and 15% fewer trips to Europe. Source - http://www.statistics.gov.uk/hub/index.html Source - http://uk.reuters.com/article/2009/07/16/us-britain-travel-idUKTRE56F3FX20090716 QUALITY OF GOOD AND SERVICES Most visitors that come to United Kingdom have clear expectations about what they must pay for, but most of all; they are hoping that the quality of what they pay for is worth their money. The concept of value for money is closely related to price but also involves other quality criteria. ...read more.

The exchange rates depend on the strength or the weakness of sterling but they are also affected by the internal strength of currencies in main destination countries like France or Spain. At the moment the strenght of the pound sterling against other currencies looks as following Source - http://fx-rate.net/ Inflation is also important in the holiday resorts, as this can influence rapidly locally than in the rest of the country. Additionally one of the many tourism development initiatives is to increase the level of foreign currency earnings by attracting foreign tourists to an area to spend money on local products and services. WEATHER Weather can one the key factors that have inmpact on tourist's decision whether to visit UK or not. The overall climate in England is called temperate maritime, what means that it is mild with temperatures not much lower than 0ºC in winter and not higher than 32ºC in summer. Different parts of Britain have different types of weather. Variations in the weather can be significant even within a relatively short geographical distance. There may be snow in Wales, but seldom in Chester. The attraction of many holiday resorts in UK is the prospect of guaranteed sunshine and heat. A generally warmer climate will benefit UK where summer weather conditions are at present highly variable. With warmer weather a higher proportion of UK residents may be encouraged to holiday at home, what can lead to an expansion in the domestic market, but an expansion in the inbound international market as the UK develops a more Mediterranean climate. ...read more.