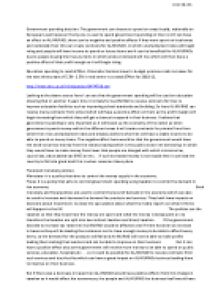 How Government Spending Could Affect A Tile Business.