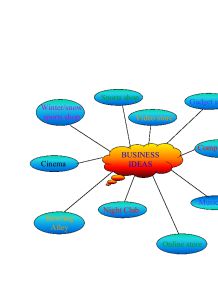 Marketing mix assessement to find a business idea to build and run - I have decided to open a mountain sports shop to sell all the latest gear in sports such as ski-ing, snowboarding and all the latest clothing and products.

Long term finance would commonly be needed for a variety of purposes, including buying property for larger shops, more like a large chain of stores where they are able to pay there debt back for longer periods of time, such as 20 years. In my evaluation I will be talking about all the things that I have concluded and all of the decisions that I have made, I will say why I chose these and how I thought they would be better for my business. The first thing I had to find out was whether or not there was a demand for my shop and when I was finding this data out I took into account that there is always new houses being built and more people choosing to move into Chester-le-street therefore I assumed that there would more and more people shopping in Chester-le-street and there would be more of a chance of anyone being interested in my products. I felt that if there was more people living in the town of Chester-le-street then I would get more business and earn more income. The second task I took on was to find whether or not people are interested in any of the sports and to find out if they would buy products at my shop, when looking at my questionnaire or graphs you can clearly see that people would be interested in what I would sell. I then had to decide on what ownership would be best for my shop and location which would help to attract more customers, I chose the best ownership that I felt would be good for me and help me to keep my business running whilst earning more income and my location was chose on where it would be in the front street and what it is near, how much the rent would be and how big the shop was to stock my products. ...read more.