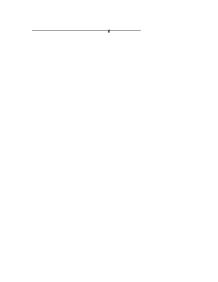 Blackadder Goes Forth Episode 1 - "Corporal Punishment" By Doug Emery "Blackadder Goes Forth - Corporal Punishment" was written by Ben Elton and Richard Curtis. They make Blackadder say good points but it's the way he says it which makes it funny. The humour they used is dry and situation comedy. It was set in the 1st World War in the trenches and also in the British army quarters. In the quarters there were only two real sections; a small office with only one desk and one phone (not working properly), "Rather cross line there, eh sir?" The other is a sleeping area with old rusty beds and scruffy sheets. I think that the reason why Blackadder is such a good comedy is because it is fast flowing and has great timing. ...read more.

Blackadder is the only with any brains; the other two are very slow e.g. as Blackadder shoots the carrier pigeon Baldrick says "Look, it's got a little ring 'round it's leg, there's a novelty!" Gorge's reply to this is not to laugh at him but to say "Oh really, is there a paper hat as well?" Baldrick is very dirty all the time and has clothes that are miles too big for him he is always making fun of himself (Gorge does a bit too) and he uses repetition a lot. Next up in command is Gorge he is dressed very well, sounds very posh, very jolly and is most probably a public school boy. Blackadder is the highest in command in the quarters and is very clean, sarcastic, elaborate and uses facial expressions very well and a lot; he is actually scared of advancing and will try to get out of it if he can. ...read more.

He also always says good points but it's the way he says it which makes it funny. The actors use the little space they have very well I think. The language that is used in Blackadder is scripted to sound funny "gobbledegook" is an example of one of the many strange words used for more enjoyment. The audience is probably from the age of nine up to nine hundred and ninety nine. I say this because quite a lot of the jokes are sophisticated so younger children would not get the jokes. Some people I admit would not like the humour used in Blackadder but most would but after the age of sixty five less viewers will like it because some of the humour will not amuse them but make them angry because they will not agree with it. ...read more.