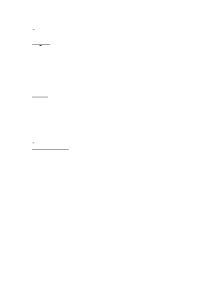 DRAMA COURSEWORK - WRITTEN EVALUATION After working with Amy, Joanne and Daniel, I decided to work on my own. The reason for this decision was purely on my behalf, to correct the things that my last piece lacked of, which were communication, motivation and co-operation, which I feel is very important with working in a group. As not everyone has the same aims, objectives and ideas they need to be passed along the group so everyone can acknowledge others strengths and weaknesses. The class was given starting points on where their next piece of practical coursework could have started. These were pages of metaphors and similes. When we discussed some of these metaphors in class, it was very interesting finding out the different interpretation of the class, because up until that point I was not clear in what I should do for my practical work. I started on the metaphor that read: - 'He weaves through the opposition.' The first idea that came into my head was about a man who has no challenge with his opposition, which could be his wife or girlfriend. I sat in class, in a corner by myself, a minute later I had this image of a white and black space with a mirror in the middle, to separate the two images. These images had entered me because I was moved by a play that I had gone to see that week called 'Stags and Hens'. Where the whole play took place in a toilet, looking in a mirror. The man and woman who were going to get married the next day were in the same place but and in different toilets. The setting of the stage was divided into two, one part for the gentlemen's toilet and other part of the stage for the ladies toilet. The woman who was to become married was doubtful throughout the play and in the end she ran away from the scene to suggest to the audience that she was not going to marry her fianc�e the next day. ...read more.

DRAMA COURSEWORK- WRITTEN WORK As for the movement, it would go with the music because it showed that it was un-real and theoretical. I do not think that there is a person who can look into him or her in the mirror and see what Lisa could see about what was going on in her life. The dance and the music separated or distinguished the difference between the two worlds. The white light side was super-natural; it was there to stand out from the other side that was realistic. The deep voice or intimidating voice was needed to show that she was confident and knew what she talking about. It helped to show the difference of the Lisa on the other side who had a much friendlier voice, as they were going to be played by the same character. At this stage of my practical assignment I already knew how I was going to set it out. What I needed now was to rehearse Lisa's character. My sister and friend hotseated me, this was very effective for both the two Lisa's, because I began to understand her character more. The questions I was being asked I made them up as I went along to fit in with her character and if I contradicted myself I would have to change it and support it with a lot of reasons. I think it is a very good technique, because you have the knowledge of the characters background and remember it. Also in some parts of the hotseating I did monologues to create her background which helped me give people reasons why she could see that there was something wrong with her relationship with Collin. Which were, that he treated her badly in front of other women. He did not make her feel welcome to go out with him to a party or something, she very much knew that all was not right and definitely had strong suspicions that he was seeing another women called Kelley. ...read more.

If I were to approach this topic again I would do it from Collins point of view. I would probably work with someone else to achieve his or her thoughts about this topic, preferably a boy, because he would be able to see it from a different view than what I see it from. This would be good because then both genders are able to relate to it. I enjoyed working on my own; it is a nice experience. I have now worked in a group and now on my own. Working on my own meant that I was able to get on with it when I wanted and did not have the responsibility for others. I was also responsible for anything that went wrong, this meant that I could not fall out with anyone. I also kept to my pace which was faster than before at rehearsing and everything else. DRAMA COURSEWORK- WRITTEN EVALUATION As before I think that my audience enjoyed the performance and I also enjoyed performing it too. From my point view the setting could have been better, the use of more props and like I have mentioned before using the stage better to define the mirror! Which everyone could see, but there is always one? Sub-sequentially I really liked my performance because the audience did too. The audience understood everything; even some of the people who I thought would not catch on. I think my audience learnt that in drama you can use different styles and techniques to obtain the same image that you would by just talking or dancing alone. I think that the audience learnt new ideas by watching my performance, by the way how they reacted to me afterwards, telling me how good they thought it was and thinking that it must have taken a long time to compose. I was very pleased with the outcome of my performance, but I was not so pleased with my mark as I still think that it should have been higher. ...read more.