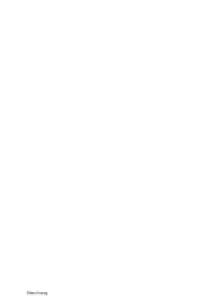 ﻿________________ WHAT ELSE CAN I DO TO IMPROVE THIS PLEASE:D Review on Doctor Faustus On the 14th of November we went to watch Scene Productions perform Doctor Faustus at Roses Theatre. It was adapted from the play written by Marlowe and was published in 1604. We were first enhanced by the red lighting which immediately highlighted a specific motif of evil. I was constantly thrilled by the arrogant hero who makes a pact with the devil to gain forbidden power and knowledge. Doctor Faustus finds himself getting dragged into the murky depths of h**l. The low budget performance consisted of a mass of creativity, as the set didn?t change throughout the whole thing. There were small candles used to illuminate the stage and set which cleverly symbolized the heat that burns in life and death. The music was constructed by Danny Bright. It was purposely sinister; the hearing of distance screams and crashes gave the impression of a dark and forbidden place, in which good things were purposely restricted. The music was playing before the characters were introduced on stage; this was to set an eerie atmosphere beforehand. ...read more.

The puppet also had a huge impact on communication towards the audience. It also helped us clarify what he was thinking by being able to access a world of imagination. It also symbolised that he may be small on the outside, but his soul is full of ideas, as the big man stands behind him. By Mephistopheles and Lucifer using the technique of Multi Role play helped reflect on the seven ?Deadly? Sins effectively. Their characters helped define the sins of being bad and to those that have done them feel ashamed. However, they used the strategy of humour to portray the Sins. This helped break the stereo typical barrier of using reality in order to portray evil, and instead ironically uses humour to portray an eerie vibe. They used their knees and elbows to represent the different personas of the sins, as the evil characters portrayed sins of the smaller parts of the body, reflecting on the fact that the sins lure people into h**l. It also illustrates their dominance, as they already have a higher status than Doctor Faustus; they also rise above the seven ?deadly sins?. ...read more.

There were black large pieces of cards with wings either side of their face, hiding their body. The persistent flapping of the wings signified the fact that they wouldn?t give up trying, and they were something far more powerful and different in contrast to Doctor Faustus. This also helped illustrate Faustus? confusion and it also constructed both the Devil and the Angel as being manipulative. The constant scrunching up of their faces provoked a humorous side which engaged the audience and also created a mass amount of irony, as it is not a comical situation. Their strategies and techniques were both engaging and powerful. The set stayed the same; this was an alternative as they were able to change it very quickly without any trouble. It also prevented them from using ?realistic? theatre which also helped break the fourth wall. I recommended everyone to see this fantastic and original play. It is mainly young adults to elderly orientated as it is filled with complexities which younger people would struggle to gain the significant message. The motif of the play was mainly to prevent people from being persuaded into evil or perhaps inappropriate things as they will grow to regret this. Chloe Young ...read more.