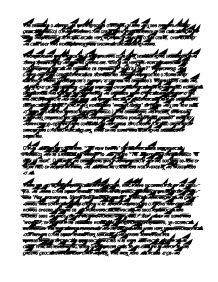 The audience observes the opening scene of Hamlet, where they see a man standing guard (Francisco) on the platform of the castle known as Elsinorea, at the dead of night.

The audience observes the opening scene of Hamlet, where they see a man standing guard (Francisco) on the platform of the castle known as Elsinorea, at the dead of night. In films, this place is often depicted, as very high up on the walls of the castle, over looking the dark sea. This would portray quite a somber and haunting theme. Throughout the opening scene, Shakespeare is constantly addressing his audience, in the form of questioning, through his characters. Even, the very first words, uttered in this scene is presented to the audience as a question "who's there?" This portrays the character (in this case Barnardo) as fearful, since he is in the presence of something unknown. This is Shakespeare's attempt, to capture his audience's interest. He does this, by trying to get his audience to show empathy toward Barnardo, making them also worried and fearful of the unknown, which makes the audience want to find out the answer to this rhetorical question, that they have been presented with by Barnardo. Then the audience is allowed to find "relief" which they would have "much thanks" for (since they are now able to name this unknown presence as Francisco.) The audience is then easily silenced, when they are presented with another question "Have you had quiet guard?" making them worry yet again, if there could be another cause for concern. ...read more.

When Horatio is first introduced to the audience only "a piece of him" is there. Physically he is there but mentally is somewhere else (i.e. half-asleep). Horatio is simply enduing Marcellus and Barnardo. He is quite the skeptic and believes "'tis only but our fantasy". So Horatio is rather a doubting Tom. The audience would be amused by the fact that his attitude is the complete opposite of the others. Also this is an interval between the two events, which just the presence of the super natural since texts becomes more descriptive and there are longer sentences. This would also imply that the was less tension thanks to Horatio's disbelief and the greeting of friends. The ironically Horatio's attitude drastically changes confronted the ghost, he can not believe that he had see it "of mine own eyes". He also refers to the ghost as a "thing" simply because it is not quite explainable what this thing really is. The apparition has "two nights" been "seen". By this point the audience would be very curious and would be very interested to see the out some of this scene. Before seeing the ghost Horatio believed that " twill not appear", the audience wouldn't be able to comprehend whether the ghost was truth or illusion, heightening the suspense and making the audience eager to find out. Bernado sits down to explain what they had seen. The atmosphere would be calmer and the audience curious. ...read more.

Each time Horatio Asked it to speck "what art thou", they would be willing it to reveal why it was there. As the c**k crows action occurs as the soldiers try to strike the ghost, The audience would be full of astonishment by the fact that the ghost is really. Horatio then tries to restrain the ghost from leaving by striking it, still, it vanishes. Marcellus thinks that they have committed a grievous error in striking the ghost of the late king. The ghost had "started like a guilty thing/Upon a fearful summons". Horatio recalls that traditionally the crowing of the c**k was believed to awake the good of day and serve as a warning to all preternatural and erring spirits that the time has come to return to their confines. As dawn breaks, Horatio and the two officers decide to share the events of the night with prince hamlet, the late king's son. Now the audience would be thinking that the apparition was definitely evil. This scene ends on a hopeful note with the coming of the light the audience would have new hope that the ghost will speck to hamlet. They would be eager to find out his reactions. This scene ends on a note of suspense and mystery. This scene is full of devices to arouse the interest and silence a noisy audience. Tension, suspense and mystery are created through language and actions of the soldiers as they wait and confront the king 's ghost on the castle battlements at Elsinore. ...read more.