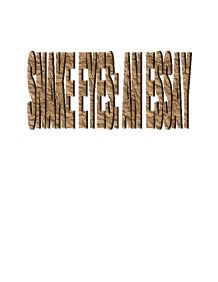 This essay is about film trailers, specifically Snake eyes, and how different techniques are used to entice the audience to the film.

Snake eyes is an action thriller. The storyline seems to be quite simple from the outside. There is a murder, perhaps more then one, and its up to the homicidal detective to figure out who did it, why and how. However, the victim is the Secretary of Defence. The murder takes place in the presence of 14,000 witnesses, in the audience of a high profile boxing match, and to make things worse it is very likely that there is more then one person involved, and at least one more potential victim. It seems almost impossible that the detective will not get caught up in the web of lies, treachery and deceit. Maybe even become a victim himself. This essay is about film trailers, specifically Snake eyes, and how different techniques are used to entice the audience to the film. Camera shots are very important in film trailers. They can be cut and edited to create the desired effect of the producer. ...read more.

A rather unorthodox use of lighting in films, but an interesting one none the less. If you go by the trailer then nearly the entire film is set indoors. This gives the cameraman and director plenty of opportunity to experiment with shadows, especially lit up ones that disappear almost as fast as they appear. The use of shadows in the trailer is excellent, but there are two in particular that deserve mentioning. The first is the dark outline of a figure holding a gun, ready for action; this annoys and frightens the audience. What right has this person got, skulking around in the shadows like that? On the other hand, what is this person going to do? The second use of shadows is even more spectacular. A flash of lightning, and against the thin material, a man is seen poised, ready to strike, as in the background the roar of the thunder continues. This, followed shortly by a picture of the detective in the same room, a look of absolute terror on his face leaves the audience in the ...read more.

Lighting, used to emphasise something or someone and create eerie effects. Shadows, important in certain genres and locations, and voice over, the technique that in my opinion ties the whole thing together, and puts the audience into the right frame of mind. I believe that this particular snake eyes trailer is brilliant, it creates just the right amount of craving excitement to have any watcher instantaneously caught up in its webs, using a combination of all these techniques and particularly good sequences, such as the lightning and thunder shadow man ready to strike. I searched for the film, just so I could see how accurate or jumped up the trailer was, though I must admit the trailer really made me want to watch it. Unfortunately however I did not find it, though this may have been a good thing, because that trailer was exceedingly good and I wouldn't have liked to be disappointed. I think it was a good trailer to study because the developers definitely knew how to create the correct psychological effect, and as a result of that made it very interesting. So, film trailers, are they really effective? In my opinion, yes. ...read more.