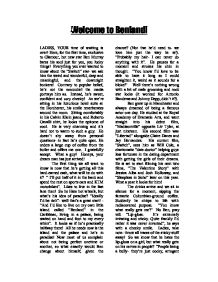 Welcome to Benland! LADIES, YOUR time of waiting is over! Here, for the first time, exclusive to Glamour, hot new star Ben Murray bares his soul just for you, you lucky things! Everything you ever wanted to know about the "Switch" star- we ask him the weird and wonderful, deep and meaningful, and the downright bonkers! Contrary to popular belief, he's not the scoundrel the media portrays him as. Instead, he's sweet, confident and very cheeky! As we're sitting in his luxurious hotel suite at the Dorchester, his smile reverberates around the room. Sitting comfortably in his Calvin Klein jeans, and Roberto Cavalli shirt, he looks the epitome of cool. He is very charming and it's hard not to warm to such a guy. He doesn't shy away from personal questions- in fact he's quite open. He orders a large cup of coffee from the butler and offers me one. I gratefully accept. What a guy! Honeys, your dream man has just arrived! The first thing we all want to know is now that he's getting all this hard-earned cash, what will he do with it? " I'll put half of it in the bank and spend the rest on sports cars and KTM motorbikes". ...read more.

Suddenly he chirps to life with rediscovered purpose. "You know what really gets me?" No Ben, pray tell. "Lip-gloss. It's extremely irritating and sticky. Quite frankly I'd rather it was never invented", he says with a cheeky smile. Ladies, take note- throw all traces of the sticky stuff away! So we know that he hates the lip-gloss on a girl, but what really gets on his nerves in people? "People being a bully- they're just cocky, arrogant gits." Guess he has strong views on bullies, then. And this isn't the first time he has gotten angry on a subject. He admits to me that he got angry last Wednesday night at a competition at Connexions nightclub. He didn't go into much detail but simply said that he just got rattled up and walked out. Ben is obviously a man of many opinions, and when I ask him who he thinks is a real-life villain, he says "I know I should probably say somebody like Hitler or something, but to me, it's my old deputy head teacher, Mr Dawson. There's something about him that I never liked. I just don't think he understood me." ...read more.

programmes "Friends" or "Frasier"" Ah, so he's a comedy kind of guy. Right, so we've established his favourite sitcoms, but what about his favourite film? Is that a comedy too, perhaps? No. In fact it's quite the opposite. "It would have to be Red Dragon- the prequel to Silence of the Lambs. It has an interesting character. I mean the guy is shown as a monster, but he's just a normal guy really. I think it's brilliant, anyway!" Ben has been linked to numerous women since his rise on the Hollywood scene. From his co-star Liv Tyler (even though she's married!) to other celebrities such as Mischa Barton and Nicole from the Pussycat Dolls. So is there any truth behind the rumours? Apparently not. He says if he was linked to all the girls the press have said he has then he wouldn't have had time to do anything else this year! So there's still hope, girls! Since it's time for me to head off as the interview comes to a close, I ask him one last random question. "If you could come back as an animal, what would you be and why?" "The biggest lion ever! - I like to lead!" In that case we'll let you do all the leading you want in your films! Catch Ben Murray as "date-doctor" Will Cole in "Switch" at cinemas nationwide from October 2nd. ...read more.