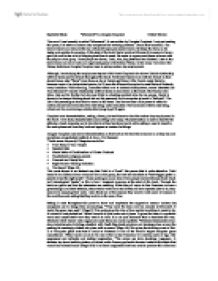 Review of the novel I read recently

Specialist Study "Microserfs" by Douglas Coupland Alistair Stevens The novel I read recently is called "Microserfs", it was written by Douglas Coupland. I enjoyed reading this prose; it is satire on modern day companies and working practices. I found this humorous. The book is based on a diary written by a Microsft employee named Daniel. He keeps the diary on his laptop and updates it everyday. At the start of the book Daniel works at Microsoft, he seems to have a good job and he has a lot of shipping deadlines to meet. He works in a group and shares a house with the people in this group. These people are Susan, Todd, Abe, Bug Barbacue and Michael. Later in the book Daniel moves to work on a lego based game in the Silicon Valley. In this essay I will show the literary techniques Douglas Coupland uses to potray modern day employment. Although I am studying the employment aspect of this book Coupland also shows Daniels relationship with his family and his friends throughout the book. ...read more.

Douglas Coupland uses alot of characterisation in this book as he describes everyone in a deep way and sometimes using abstract methods to do so. For Example: "Todds seven Jeopardy! Categories would be: * Your Body Is Your Temple * Baseball Hats * Meals Made of Combinations of Costco Products * Psychoticallo religious parents * Frequent and Empty s*x * Sega Genesis Gaming Addiction * The Supra" (Page 11) This quote shows in an abstract way that Todd is a "Jock" like person that is quite attractive. Todd seems to be different from everyone else in the group; the rest are described as "hair-trigger geeks in persuit of just the right snack". These quotes give us an idea of how people look at Microsoft and it just isn't stereotypical "geeks" as this is how I imagined everyone at the start of this book. Through the book we get to see how the characters are maturing. When they all move to San Francisco we see a great change in all their attitudes, they want to work more and as they all have separate jobs to do, they seem to be enjoying their work. ...read more.

When Daniel moves to his new office in San Francisco it is intirely made of lego. Not suppressed and definetly not lacking imagination. "The colour are truly shocking; Lego-pure. A skeleton lay down bedide a platoon of robots; cubic flowers gre beside boxcars loaded with nickels that round blue railroad bends."(Page 219) A lot more imagination has been used to produce this office and this quote shows how Coupland wanted to show how much imagination was used as he describes all the colours and shapes. I really enjoyed reading tis book. I made me think of all the ways in which companies go to make their office buildings look so perfect but all they are doing is giving themselves a false front and as a famous quote says "don't judge a book by it's cover". I feel this is one of the main morels of this story and I think Coupland really did well showing this. My favourite character in the book was Todd and enjoyed reading on how he was "growing up" in a sense or how he was just becoming more sensitive to his surroundings. At the end of the book Todd has a bay with his gorlfriend. ...read more.