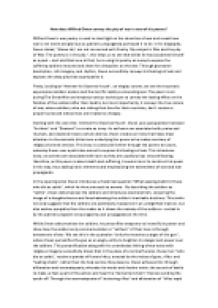 The Theme of the Pity of War in &quot;Dulce Et Decorum Est&quot; and &quot;Anthem for Doomed Youth&quot; by Wilfred Owen

﻿How does Wilfred Owen convey the pity of war in two of his poems? Wilfred Owen?s war poetry is used to shed light on the atrocities of war and reveal how war is not noble and glorious as patriotic propaganda portrayed it to be. In his biography, Owen stated, ?Above all, I am not concerned with Poetry .My subject is War and the pity of War. The poetry is in the pity.", this helps us to see that whilst he has acclaimed himself as a poet ? and a brilliant one at that, he is using his poetry as a way to expose the suffering soldiers endured and share his viewpoints on the war. Through gruesome description, rich imagery, and rhythm, Owen successfully conveys his feelings of war and exposes the deep pity that accompanies it. Firstly, looking at ?Anthem for Doomed Youth?, an elegiac sonnet, we see the traumatic experiences soldiers endure and the horrific reality surrounding war. The poem is set during The Great War and employs various techniques to convey the lasting effect on the families of the soldiers after their deaths, but most importantly, it conveys the true nature of war, where soldiers, who are risking their lives for their countries, don?t receive a proper burial and whose lives are treated so cheaply. ...read more.

In particular, the sestet is filled with sibilance, which almost creates a steam like sound, as though the narrator?s life is slowly dissipating into the atmosphere, and slowly coming to a halt, phonetically sounding similar to the way a steam train would have sounded whilst stopping at a station. We see this in the quotation ?their flowers the tenderness of silent minds?. Finishing the poem, Owen installs a metaphor ?and each slow dusk a drawing-down of blinds?, This metaphor rounds of the piece nicely because although in literal terms it is talking of the end of the day, we can also see that pragmatically it represents the end in the life of the narrator. For this reason, this metaphor is evocative and ties in to the suffering and pity of war. Another poem that Wilfred Owen uses to expose the truths and pity of war is his famous piece ?Dulce Et Decorum Est?. In this poem, Owen emphasises the dehumanisation and horrendous circumstances experienced by soldiers in the First World War, refuting the message espoused by many that war is glorious and it is an honour to die for one?s country. ...read more.

Furthermore, irony lies in the title, which Owen alludes to in the final line of his poem ?Dulce et Decorum Est pro Patria Mori?. Instead of being a rousing and patriotic call to war, the poem is in fact the exact opposite. The use of ?Dulce et Decorum Est? in the title (translated as ?it is sweet and proper to die for one?s country?) is contrasted to the description of the appalling death from mustard gas. This is done in the attempt to reveal to his audience that war is not at all a great and glorious thing to die for one?s country, like Horace and other propagandists were portraying. Instead, Owen implies that this ?Lie? only brings pain and suffering. Therefore, through his works such as ?Dulce et Decorum Est? and ?Anthem for Doomed Youth?, Owen successfully conveys his attitude towards war and reveals the true pity of war hidden behind propaganda at the time. Through his use of imagery, rhythm and other effective techniques, Owen successfully conveys the true nature of war and allows us to experience the suffering and horrors that he and his fellow comrades alike endured in World War 1. ...read more.