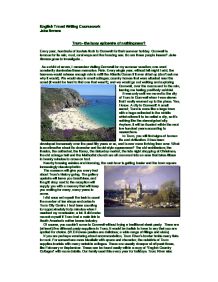 Truro- the busy epicentre of nothingness?

Every year, hundreds of tourists flock to Cornwall for their summer holiday. Cornwall is famous for its rain, mud, rural ways and the freezing sea. So are these people insane? Jake Scrace goes to investigate…

As a child of seven, I remember visiting Cornwall for my summer vacation; one word constantly dominates these memories. Rain. Every single year, without fail might I add, the heavens would release enough rain to refill the Atlantic Ocean if it ever dried up (don’t ask me why it would). We would stay in small cottages; country homes that were situated near the coast (it would be hard to find one that wasn’t), and we would go out walking and exploring Cornwall, over the moors and in the rain, leaving me feeling positively suicidal. 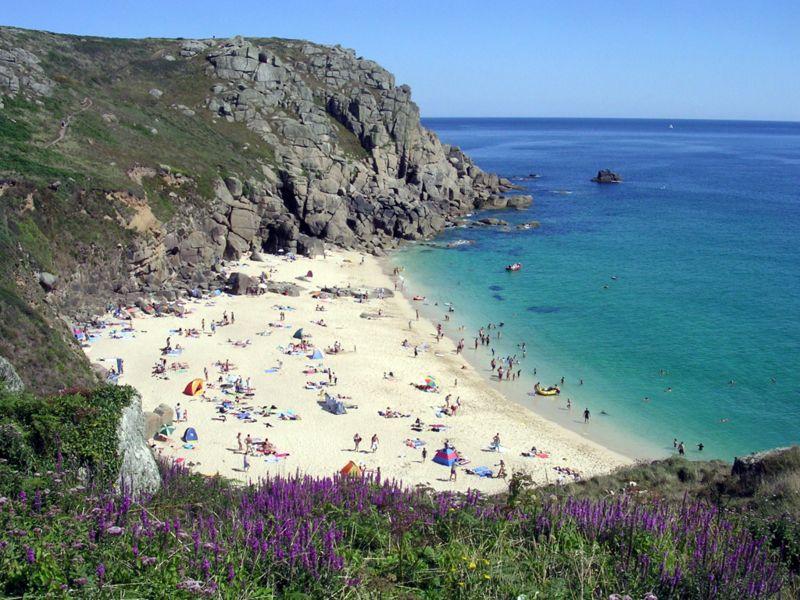 It was only until we moved to the city of Truro in Cornwall when I was eleven that I really warmed up to the place. Yes, I know. A city in Cornwall! A small secret; Truro is more like a large town with a huge cathedral in the middle which allows it to be called a city, so it’s nothing like the stereotypical city. Anyhow, it will be flooded within the next few hundred years according to researchers.

In Truro, you will find signs of human life and civilization. It has been developed immensely over the past fifty years or so, and is now more thriving than ever. What is so attractive about its character and its old-style appearance? The old architecture, the theatre, the cathedral, the library, the Saturday market, the late night shopping at Christmas, the old coinage hall and the Methodist church are all crammed into an area that takes fifteen to twenty minutes to cross on foot.

Nearby housing estates are blooming, the rush hour is getting busier and the town square increasingly claustrophobic. 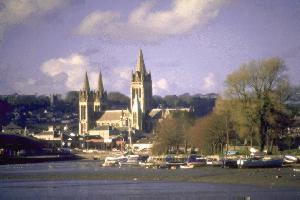 The museum will give you every fact about Truro’s history going. The gallery upstairs will leave you breathless, and the gift shop next to the reception will supply you with a memory that will keep you smiling for many, many years to come.

I did once set myself the task to count the number of tea shops and cafes in Truro City Centre. I had been counting for approximately forty minutes when I reached my conclusion; a lot. It did make me ask myself if Truro had a main link to South America’s coffee beans industry.

Of course, you couldn’t come to Cornwall without trying a traditional steak pasty.  There are (at least) five different pasty suppliers in Truro; it would be foolish to have to say that you are spoiled for choice. (W.C.Rowes pasties are delicious; a wide range of fillings and sizes).

If you are perhaps wondering about accommodation, Truro River’s border holds many flats for rent. For somewhere more idealistic with space and character, the outskirts of Truro supplies tourists with many rentable cottages. These are usually cheaper at off-peak times, like February or September. These can be found easily within a copy of “English Country Cottages” with more details. Our family used this every year for holidays. Truro River also holds some of the most beautiful views in the country; many footpaths and walks can be found alongside its peaceful edge.

For local attractions, Truro itself holds sufficient entertainment for the whole family; the RCM (Royal Cornwall Museum) the Hall for Cornwall (theatre), Truro Bowl, The Plaza (cinema), and Victoria Gardens. A local stroll along through Malpas and St. Clements is also a recommended opportunity.

For the beach scene, there are many nearby beaches within a thirty minute radius from Truro. Praa Sands, Gwithian, Fistral, and Perranporth are to name but a few. 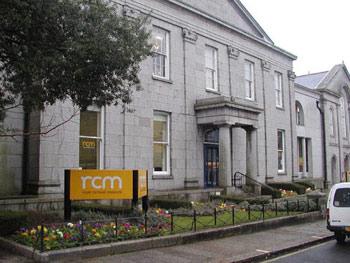 The local folk are certainly something to smile about; Truro’s friendly atmosphere and helpful hands make every passing stranger a friend. Few problems arise with violence, which allows Truro’s residents to sleep peacefully at night without having to sleep with a baton on their bedside table!

In the way of education, Truro has an outstanding attainment. Three of its secondary school’s are the top three in Cornwall, and one of these is a state school; Penair. Truro College is also rated an outstanding college by OFSTED inspectors and is still improving today. Not that this is particularly useful for a holiday, but if the magic wears off on you and you decide that you want to live here then you know a bit about its suitability factor at least.

The Truro Police Station and Hospital is right in Truro, easy access with plenty of community officers wandering around to enquire about any minor issues.

So what does Truro not provide? Well, sky scrapers won’t be found, but anyone considering a trip to Cornwall looking for sky scrapers would be better off in Las Vegas.

So there it is. Truro in its full light, and what a bright light it is! So don’t wait for the sun to shine. Put a smile on your face and come out to play.  You’ll love it.