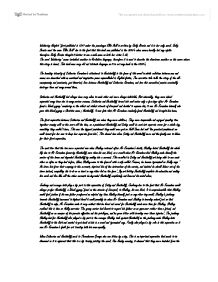 Wuthering Heights. The narrative tale tells the story of the all-encompassing and passionate, yet thwarted, love between Heathcliff and Catherine Earnshaw, and how this unresolved passion eventually destroys them and many around them.

Wuthering Heights' first published in 1847 under the pseudonym Ellis Bell is written by Emily Bronte and it is her only novel. Emily Bronte used the name 'Ellis Bell' due to the fact that this book was published in the 1800's when women hardly had any rights therefore Emily Bronte thought it better to use a male name as both her sister's did. The word 'Wuthering' means turbulent weather in Yorkshire language; therefore it is used to describe the disastrous weather on the moors where this story is based. This book uses very old and intricate language as it is set way back in the 1800's. The haunting intensity of Catherine Earnshaw's attachment to Heatchcliff is the focus of this novel in which relations between men and women are described with an emotional and imaginative power unparalleled in English fiction. The narrative tale tells the story of the all-encompassing and passionate, yet thwarted, love between Heathcliff and Catherine Earnshaw, and how this unresolved passion eventually destroys them and many around them. Catherine and Heathcliff had always been very close to each other and were always indivisible. But miserably, they were indeed separated many times due to many various reasons. Catherine and Heathcliff turned into soul mates only a few days after Mr Earnshaw found a 'black gypsy' wandering on the silent and violent streets of Liverpool and decided to espouse him, it was Mr Earnshaw himself who gave this black gypsy a Christian name ; Heathcliff. ...read more.

While they were their they were having a great time watching Edgar and Isabella but that time didn't last long as someone from the grange heard the two of them laughing. They sent a dog to catch Cathy and Heathcliff but Heathcliff got away while the dog bit Cathy. As a result Cathy was taken into the grange as Edgar Linton recognised Catherine, Heathcliff on the other hand was told to get lost and was socially discriminated when they called him 'a wicked gypsy'. Fate also plays a big role here as it has in the whole book; it was destiny that Cathy got bitten by the bulldog not Heathcliff. It was five weeks during which Cathrine stayed at the grange away from Heathcliff. During this time she was introduced to a lot of new things she had never seen before like luxuries and wealth. The Linton's loved her like their own child and treated her better than everyone in her own family; they groomed her into a fine beautiful young lady. All these luxuries made Cathy a very materialistic person. One more thing is the Lintons were upper class while the Earnshaws were middle class, after the rise in class it was very hard for Cathy to change class again. Everyone in the Earnshaw residence was totally astonished after seeing a fine young lady who was well dressed instead of the old mischievous dirty girl who used to run around the moors everyday. ...read more.

Cathy was starting to become selfish as she wanted Heathcliff to be her friend and Edgar to be her husband at the same time, something which neither of the two wanted. Between all this Heathcliff turned into Isabella's crush, and Isabella soon started to love Heathcliff. He took advantage of this and got his revenge with Edgar by marrying his sister even though Cathy had told her how cruel and wicked Heathcliff is. Isabella soon realised this when Heathcliff said 'your wealth is now mine and you are going to wish you never married me'. This separation was due to Heathcliff wanting to get revenge on Edgar. Cathy was soon seriously ill, and in the 1800's a minor cold could result in a person's death. After a few days in bed Cathys condition worsened, Heathcliff arrived at the grange right after he received the news that Cathy is ill, they were both in tears and angry with each other, but they both forgave each other, Heathcliff had to go out when Edgar arrived but told Cathy I will see you again. He didn't know this was their last meeting, Cathy died a few hours after giving birth to a baby girl, Catherine Linton. This was their final separation, a physical one. Destiny, family, hatred, revenge, social class and death were a few of the main reasons for the soul mates separation along with many people mainly from the family. Wuthering Heights was an amazing story told by Emile Bronte, the two lovers Catherine and Heathcliff finally got together after Heathcilff died in her memories. Alas. ...read more.

Although good points are made this does not work as an essay on the whole due to it's poor structure and lack of detailed analysis. While there is no obvious question here there is also a lack of a thread ...

Although good points are made this does not work as an essay on the whole due to it's poor structure and lack of detailed analysis. While there is no obvious question here there is also a lack of a thread running through this essay. The student makes good points but they are disconnected and not fully explored. With no clear introduction or conclusion summing up it feels rather disjointed. It is key when writing an essay to have a focus throughout, something that you refer back to and that keeps your essay from seeming as though it has no point. This essay seems to focus mainly on the love plot of Cathy and Heathcliff and their separation and a better way to tackle this would be to look at different reasons for their separation giving a paragraph on each one with detailed analysis rather than working chronologically through the story as it shows an ability to think thematically which is key in A Level work.

Although many good points are made the analysis is not complete. The few quotes that are used seem to stand out because they are not linked in with the text. It's important when using a quote to always look at it and talk about WHY it is important, WHAT it shows rather than merely using it to repeat something you've already said. Furthermore, merely listing the plot (as happens when discussing the dog biting Cathy at the Grange) is pointless as the examiner will be well aware of the plot and this then wastes time and words. For each paragraph there should be a point, evidence from the text backing up this point, explanation of this evidence and then a link to the theme or question. This allows the essay to flow together as well as keep a focus on analysis rather than plot. As with the quotes, the small amount of knowledge about the context is merely put at the start of the essay rather than used to help exemplify a point (so their point about the meaning of the word 'wuthering' could be used when discussing the turbulent nature of their love and how it is reflected in the nature and weather).

Quite a few of these sentences don't make sense, there needs to be a lot of proof reading in order to bring this up to scratch. Also the tone is very hit and miss, phrases such as "way back in the 1800s" and the final sentence "alas." are just not appropriate in an essay at all. There is also a lack of technical terms such as pathetic fallacy, metaphor and juxtaposition are missing. Using technical terms is very important as it shows the examiner you know what you're talking about and that you fully understand it rather than just discussing plot. Linking phrases need to be used to help the paragraphs flow together and work as an essay rather than a lot of points that are unrelated.