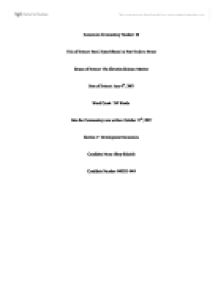 This article is about Brazil planning to develop into an economic power by using its alternative fuel known as ethanol. Brazil is the biggest producer of this alternative fuel and it plans on doubling the production of this fuel over the next decade as the worldwide demand for alternative energy rises greatly. Brazil by all means has the potential to be one of the greatest economic powers in the world, and the country hopes that ethanol will speed up the process of becoming one. Over the past few decades Brazil has invested billions of dollars in agriculture and in past few years Brazil has surpassed the United States as the world's agriculture superpower, and the next step is to become an economic superpower. Brazil seems to be planning an export oriented development plan where it is going to concentrate on exporting ethanol. An export oriented development plan is when a country chooses to concentrate on exports opening its industries to worldwide competition and eliminating most protectionism policies (polices taken to protect local industries).

In the case of Brazil the country is choosing one industry in particular to concentrate on its exports. As the price of oil rises and with increasing concerns over the world's climate, there is a constant search for alternative sources of energy. Brazil is the major producer of a great substitute (an alternative product) for oil known as ethanol. Among other things Brazil is the worlds largest exporter of sugar. Brazil produces its ethanol out of sugar, and it is the largest producer and exporter of ethanol worldwide. Because of rising demand of alternative fuels Brazil plans to double its ethanol production in the next decade. Brazil hopes that just as so many countries in the 20th centaury boosted of oil for development it would be able to do the same by exporting ethanol.

Another thing that has to be considered is the advantage of fuel production over agriculture production. Brazil's economy has enjoyed great growth as it climbed to the number one exporter of agriculture. However the economy has not developed that much and the average standard of living has remind very low, especially for such a big economy. So why has Brazil's enormous growth in exports not resulted in development? The reason is most likely that the growth was a result of increased exports of agricultural goods which are both price and income inelastic. 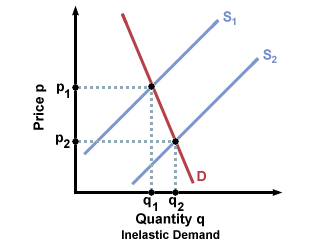 Meanwhile the Brazilian government's decision to concentrate its future exports on ethanol can be the solution to its lack of development over the years. The key is that fuel unlike agriculture is income elastic meaning that it changes with close relation to the income of the consumers, and it is also price inelastic.These two facts make the profit margin of fuel much greater. If its income elastic than it means that the potential of the quantity demanded is much greater, and if Brazil is selling to the worldwide market than it will enjoy that potential because over the world there are many people with high incomes who consume a lot of fuel. Also since fuel is relatively price inelastic the price can be very high and people will still consume it. With the continuous rising of price and demand of energy sources ethanol can be very profitable, with that profit Brazil might finally have some money to invest in development and perhaps become the economic superpower it should be.