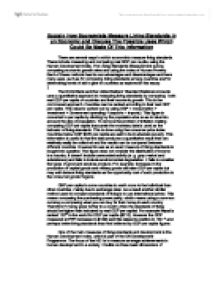 Explain How Economists Measure Living Standards In an Economy and Discuss The Possible Uses Which Could Be Made Of This Information There are several ways in which economists measure living standards. These include measuring and comparing real GDP per capita, using the Human Development index, The Living Standards Measurement survey, comparing economic growth rates and using the Index of Human Poverty. Each of these methods has its own advantages and disadvantages and have many uses, such as for comparing living standards among countries and for determining levels of aid to give to countries as explored in this essay. ] The World Bank and the United Nations' Standard National Accounts uses a quantitative approach to measuring living standards by comparing both real GDP per capita of countries and their economic growth. This is the commonest approach. Countries can be ranked according to their real GDP per capita. This value is worked out by using GDP = consumption + Investment + Government spending + (exports - imports). This figure is converted to per capita by dividing by the population size so as to take into account the size of population. ...read more.

It builds on three basic dimensions of human life - a long and healthy life, knowledge and a decent standard of living. A high HDV value (near to 1) represents a high standard of living. To represent the dimensions of human well being included in the HDI the following variables were chosen - life expectancy as birth for a long and lengthy life, educational attainment in terms of adult literacy rate and combined gross enrolment ratio at primary, secondary and tertiary level and GDP per capita (PPP$) for a decent standard of living. Each of these is given equal rates due to equal importance in living standards. Recently new variables have been added such as the mean years of schooling for the educational attainment component. The HDI had had many successes and uses. Due to it incorporating many factors to show human development it has allowed countries and international aid organisations to identify the major problems of development in many LEDC's and therefore focus aid to the particular problem. Many countries have as a result of the HDI set up new ministries for human development. (E.g. in Botswana a new ministry of development was established to give proper priority to human development.) ...read more.

The HPI also is of use in showing that human poverty remains much higher than income poverty in many countries (e.g. Egypt). In conclusion, it is clear that these methods can only be used as a guide to showing the extent of deprivation and living standards. Real GDP per capita is a crude measure that does not take into account distribution and also factors such as literacy, life expectancy and quality of life. Other problems with the methods include that many aspects if living standards are left out and collection of data can be inaccurate. However despite these problems they can still be of immense use. They help in comparing between countries the living standards. This is important because it not only helps a country identify its own problems for which it can improve but shows the international community as a whole the problems and inequality faced by the developing world. This is important because it allows aid to be focussed to countries and areas if greatest needs. Overall it is clear that the best approach would be to take into account all the measures involved in calculating deprivation and possibly incorporate them to provide a more accurate and detailed analysis. ...read more.