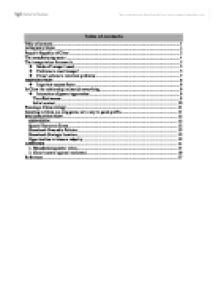 Opportunities in the big emerging markets (BEMs) such as India, Brazil and China.

Table of contents Table of contents 1 INTRODUCTION 2 People's Republic of China 2 The manufacturing sector 4 The transportation framework 5 ? Mode of transport used 5 ? Problems in road transport 5 ? Firms' actions to minimize problems 7 DISTRIBUTION 8 ? Important success factor 8 In China the relationship is (nearly) everything 9 ? Interaction of guanxi approaches 9 The effectiveness 9 Initial contact 10 Planning a China strategy 10 Investing in China is a long game, not a way to quick profits 11 RECCOMANDATION 12 SHENZHEN 12 Special Economic Zones 12 Shenzhen's Favorable Policies 12 Shenzhen's Strategic Location 13 Opportunities in telecom industry 13 APPENDIX 14 1. Manufacturing sector ratios 14 2. China's seven regional marketstci 19 References 27 INTRODUCTION As social and economic events bring about unraveling opportunities in the big emerging markets (BEMs) such as India, Brazil and China, many multinational corporations (MNCs) have made substantial investment in these countries as an integral part of their global expansion strategies (Garten, 1998). Selecting among alternative international markets, be it for exporting, licensing, joint ventures, strategic alliances or direct investment, requires information. Likewise, the assessment of information across different types of markets determines, in large part, the degree of success (or failure) achieved in the international arena (Andersen and Strandskov, 1998). While the political climate in one country or region may be perceived as a key dimension to an international venture's success (or failure), the level of economic development may be the key in another. Likewise, while an advanced infrastructure may place one foreign market more favorably ahead of another for one industry, the existence of a stable and transparent legal system might do the same for another industry. Similarly, the importance of information concerning the legal structure in different markets may be related to the type of international transaction being considered (i.e. exporting, joint venture, direct investment, etc.). ...read more.

Conflict avoidance or solution is by means of renqing (favor). The willingness to accept a favor may mean that, in future, there will probably be a long-term beneficial relationship through repeated exchanges of favors. Compromise is one of the mutual adaptive behaviors. Centrality, one of the unique Chinese features in dealing with foreigners, may tend to encourage the Chinese to treat foreigners as outsiders. On account of the lack of institutional trust, Chinese people tends to over-emphasize self-protection and pragmatism in deals with western partners, as the Chinese may be conditioned to believe that their nation's economy influences its survival and well-being. One of the best ways to handle this cultural conflict is to have empathy with Chinese people. Empathy in the form of Convergence of yin and yang thinking assists westerners to understand the hidden needs of their Chinese partners, for example, knowing how to resolve conflict lies in the ability to harness the motion inherent in an aggressor's attack. This is regarded as "fighting without fighting", an important element in business negotiations. Chinese people have always been flexible in taking various alternatives creatively. Creativity is to take non-resistant action by compensating for weakness through creating harmony with attacks. Chinese businessmen know the best time to let aggressors lose their balance and become vulnerable to counterattack. ..( Y.H. Wong) Initial contact In summary, bonding takes place if the initial contact is converted from conflict to a long-term mutual compromise. To understand central defensiveness, we need to appreciate the values and attitude by means of creative convergence of apparent conflicting ideas through empathy. Contact, conflict and compromise variables are regarded as a "mind" approach. While centrality, convergence and creativity are regarded as a "heart" approach. How can this self-contradictory issue of "mind" and "heart" be handled by Chinese people? The issue is composed of two polar opposites like the ancient Chinese symbols of yin and yang, which are themselves self-sufficient and fuse to form a harmonious dynamism..( Y.H. ...read more.

With rich endowment of natural resources and better transportation infrastructure, this region has great potential as both a manufacturing base and a consumer market. Many of the country's ethnic minorities reside in this area, making it the most culturally diverse region of the country. Relatively isolated from other parts of China, consumers have a slow pace of life and are less exposed to foreign goods. Northeast and Northwest remain the "untapped markets", still waiting to be explored by foreign firms. Northeast China (Dong-bei) refers to the three provinces of Heilongjiang, Jilin and Liaoning, with the port city of Dalian. This region emphasizes heavy industries such as mining, automobile and machinery manufacturing found in its old industrial cities. In the far north of China, this region has the longest winter, limited agricultural output, and little variety in food products. As the "rust belt" of the country, this regional economy has been slow in reforming its economy and state-owned enterprise. People here are still struggling with the remnants of the command economy and have been slow in reaping the benefits of reforms. Manchurian and Koreans are the biggest ethnic minorities in the region and have great impact on local cultures. Northwest China (Xi-bei) includes Shanxi, Shan'xi, Inner Mongolia, Gansu, Ningxia, Xinjiang, Qinghai and Tibet. Among the high mountains and expanding desert, this region has the largest geographic area yet limited arable land and industrial output. The "Empty Quarter" of the Far West, sparsely populated and the least accessible, is relatively backward and poor (Barnett, 1993). Xi'an, the nation's ancient capital and a tourist hot spot, is the cultural capital of the region. Mongolians, Muslims, and Tibetans are the major ethnic minorities in the autonomous regions. To close the gap between the interior and the coastal areas, central government has launched a "Fupin" (help the poor) campaign and encouraged more investment in this region. Foreign investors have been given the same privileges previously available only in coastal areas and access to industry sectors restricted in other regions (Verma, 1995). ...read more.