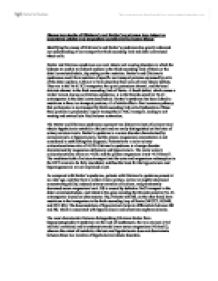 Discuss how studies of Gitelman's and Bartter's syndromes have helped us understand calcium and magnesium excretion by the human kidney Identifying the causes of Gitelman's and Bartter's syndromes has greatly enhanced our understanding of ion transport by thick ascending limb and distal convoluted tubule cells. Bartter and Gitelman syndromes are renal tubular salt-wasting disorders in which the kidneys are unable to reabsorb sodium in the thick ascending limb of Henle or the distal convoluted tubule, depending on the mutation. Bartter's and Gitelman's syndromes result from mutation of specific ion transport proteins expressed by cells of the distal nephron. Lifton et al have described four areas of renal tubular defects. They are in the Na-K-2Cl transporter, the apical potassium channel, and the basal chloride channel in the thick ascending limb of Henle. A fourth defect, which causes a milder variant, known as Gitelman syndrome, is in the thiazide-sensitive Na-Cl cotransporter in the distal convoluted tubule. Bartter's syndrome has been linked to mutations in three ion transport proteins, all of which affect a final common pathway that participates in ion transport by thick ascending limb cells.Dysfunction of these three proteins is predicted to impair transepithelial NaCl transport, leading to salt wasting and extracellular fluid volume contraction. The Bartter and Gitelman syndromes represent two distinct variants of primary renal tubular hypokalemic metabolic alkalosis and are easily distinguished on the basis of urinary calcium levels. ...read more.

How this occurs is not clear. Simon et al showed complete linkage of Gitelman's syndrome to the locus encoding the thiazide-sensitive Na-Cl cotransporter. The reasons for the high levels of urinary magnesium and low levels of urinary calcium are not clearly understood. It is suggested that continued efflux of intracellular Cl- through basolateral CIC-Kb might promote calcium reabsorption in the cells of the distal convoluted tubule, thus accounting for hypocalciuria. This segment of the nephron also reabsorbs about 5% of filtered magnesium. Loss of function of the NCCT might inhibit magnesium absorption by a sodium-dependent mechanism. IN complex tubular disorders the more downstream part of the tubule may modulate or compensate for the upstream tubular dysfunction. Hypomagnesemia can cause hypocalcemia because it interferes with the calcium-elevating effects of parathyroid hormone (PTH). The kidney occupies a central role in magnesium balance. Factors that modulate and affect renal magnesium excretion can have profound effects on magnesium balance. In turn, magnesium balance affects numerous intracellular and systemic processes. A major phenotypic difference between Bartter's and Gitelman's syndromes involves urinary calcium excretion. The hypercalciuria of Bartter's syndrome is believed to result largely from dysfunction of thick ascending limb cells. Calcium absorption along the loop of Henle is largely passive, paracellular, and driven by the lumen-positive transepithelial voltage that is generated by Na-K-2Cl cotransport and luminal K recycling. ...read more.

The apical-luminal Na-2Cl-K (furosemide-sensitive) cotransport mechanism is driven by the inside-negative potential difference and decrease in intracellular Na; 5) Potassium is recycled back into the lumen by way of an apical K conducitve channel; 6) Passage of approximately 2 Na molecules for every Cl molecule is allowed by the paracellular pathway (intercellular tight junction), which is cation permselective; 7) Magnesium reabsorption occurs passively, by way of intercellular channels, as it moves down its electrical gradient. Figure 8: Renal magnesium wasting. Mg is normally reabsorbed in the proximal tubule (PT), cTAL and DCT. Volume expansion and osmotic diuretics inhibit PT absorption of magnesium. Several renal diseases and electrolyte disturbances inhibit Mg reabsorption in both the PT and cTAL owing to damage to the epithelial cells and the intercellular tight junctions, plus disruption of the electrochemical forces that normally favour magnesium reabsorption. Many drugs and toxins directly damage the cTAL. Thiazides have little direct effect on magnesium reabsorption; however, the secondary hyperaldosteronism and hypercalcemia effect Mg reabsorption in CD and/or cTAL. Aminoglycosides accumulate in the PT, which affects sodium reabsorption, also leading to an increase in aldosterone. Aldosterone leads to volume expansion, decreasing magnesium reabsorption. Parathyroid hormone has the direct effect of increasing magnesium reabsorption in cTAL; however, hypercalcemia offsets this tendency. Thyroid hormone increases Mg loss. Diabetes mellitus increases Mg loss by way of both hyperglycaemic osmotic diuresis and insulin abnormalities (deficiency and resistance), which decrease Mg reabsorption in the PCT and cTAL, respectively. ...read more.