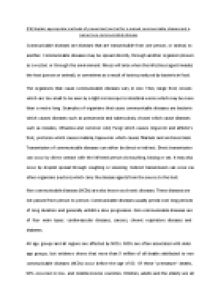 TB can be prevented by administering the BCG vaccination. BCG stands for "Bacille Calmette-Guérin." The vaccine was developed by Albert Calmette and Camille Guérin who worked at the Pasteur Institute at Lille and Paris from 1908 to 1919. They developed the vaccine by subculturing various virulent strains of Mycobacterium tuberculosis and Mycobacterium bovis on different culture media, they developed a strain that was less virulent. The less virulent strain of the disease is introduced into the body via a needle which stimulates the body's immune system to produce antibodies. Although some people may encounter minor symptoms of the disease they will not get the full blown disease. This is the best method of prevention of TB as it offers immunisation and is not a temporary method. The BCG vaccine was used in the UK from 1953 to 2005 for immunisation of children, and it is still used on a limited scale if required. Today, vaccination is recommended to people in higher risk of contracting the disease which includes people within localities where there has been 40 cases or more incidents of TB especially children and infants; new immigrants from countries were TB cases are high; people in organisations where there are a mass amount of people in one environment such as hospital staff, prisoners and refugees; and also people who have been around people diagnosed with TB. ...read more.

Skin infections, blurry vision, tingling or dry skin are also relatively common symptoms. Insulin injections are given to people with type1 diabetes and some people with type2 diabetes. They increase the amount of insulin being produced within the body which brings down the blood sugar level. Insulin can also be administered through wearing an insulin pump which drips insulin into the body through the day. Other medications include tablets which can increase the amount of insulin, delay absorption of glucose, suppress glucagon or increase the action of insulin. Type 2 diabetes (non-insulin dependent diabetes) can be controlled through diet and exercise, although as stated earlier, it is common for people with type 2 diabetes to need medication such as tablets or injections to help them to keep their blood sugar levels within the normal range. Controlled diet and exercise is the best way of controlling type 2 diabetes because this form of diabetes is commonly associated with people who are overweight, eat unhealthy diets (containing high amounts of carbohydrates or fats) and do not have much physical activity. Obesity is the most potent risk factor for Type 2 diabetes. Rising obesity is linked to rising type 2 diabetes in the UK. It accounts for 80?85 per cent of the overall risk of developing Type 2 diabetes and underlies the current global spread of the condition. ...read more.