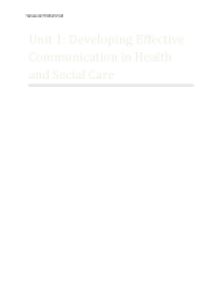 The communication skills needed by care professionals in health and social care environments.