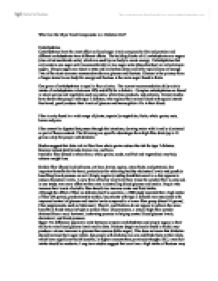 What Are the Major Food Components in a Diabetes Diet

What Are the Major Food Components in a Diabetes Diet? Carbohydrates Carbohydrates have the most effect on blood sugar levels compared to fats and proteins and different carbohydrates have different effects. The building blocks of all carbohydrates are sugars (also called saccharide units), which are used by our body to create energy. Carbohydrates that only contain one sugar unit (monosaccharide) or two sugar units (disaccharides) are called simple sugars. Simple sugars are sweet in taste and are broken down easily for rapid release of energy. Two of the most common monosaccharides are glucose and fructose. Glucose is the primary form of sugar stored in our body for energy and fructose is the main sugar found in fruits. One gram of carbohydrates is equal to four calories. The current recommendation daily caloric intake of carbohydrates is between 50% and 60% for a diabetic. Complex carbohydrates are found in whole grains and vegetables such as pastas, white-flour products, and potatoes. Recent studies have shown that people with type-2 diabetes, who replace their normal bread with special starch-free bread, greatly reduce their levels of glucose and haemoglobin A1c in their blood. Fibre is only found in a wide range of plants, especially vegetables, fruits, whole grains, nuts, beans and peas. Fibre cannot be digested but passes through the intestines, drawing water with it and is eliminated as part of faeces content. The following are specific advantages from high-fibre diets (up to 55 grams a day) for people with diabetes: Studies suggest that diets rich in fiber from whole grains reduce the risk for type 2 diabetes. Sources include dark breads, brown rice, and bran. Insoluble fiber (found in wheat bran, whole grains, seeds, and fruit and vegetables) may help achieve weight loss. Soluble fiber (found in dried beans, oat bran, barley, apples, citrus fruits, and potatoes), has important benefits for the heart, particularly for achieving healthy cholesterol levels and possibly benefiting blood pressure as well. ...read more.

Docosahexaenoic and Eicosapentaenoic Acids. Fish oils, which contain docosahexaenoic and eicosapentaenoic acids, do not have much effect on cholesterol but they may benefit the lining of blood vessel (the endothelium) and therefore improve blood flow. In one animal study, fish oil improved insulin sensitivity. [See also Protein, above.] Omega-6 polyunsaturated fatty acids: They are further categorized as linoleic acid (sources are flaxseed, corn, safflower, soybean, and canola oil) or arachidonic acids. PUFA oils containing linoleic constitute most of the oils consumed in the U.S. Some studies have found greater protection against heart disease from omega-6-oils than omega-3, but omega-6 is also associated with increased production of compounds called eicosanoids, which enhance tumor growth in animals. Omega-9 fatty acids: (Source is olive oil). Studies indicate that, in a healthy balance, all of these fatty acids are essential to life. For example, both omega-3 and omega-9 fatty acids contain chemicals that block the harmful eicosanoids found in omega-6 fatty acids. Research suggests, however, that our current Western diet contains an unhealthy ratio (10 to 1) of omega-6 to omega-3 fatty acids. The bottom line, then, is to try to obtain a better balance of fatty acids without consuming too many calories. Fat Substitutes. Fat substitutes added to commercial foods or used in baking deliver some of the desirable qualities of fat, but do not add as many calories. They include the following: Some replacers, such as the cellulose gel Avicel, Carrageenan (made from seaweed), guar gum, and gum arabic, have been used for decades in many commercial foods. Plant substances known as sterols have long been known to reduce cholesterol by impairing its absorption in the intestinal tract. A sterol called sitostanol, also called stanol, is now being used in margarines (Benecol, Take Control). Benecol is derived from pine bark and Take Control from soybeans; both are effective. Studies on stanol margarines are reporting that either two servings a day as part of a low-fat diet can lower LDL and total cholesterol. ...read more.

In one study, drinking red wine at meals even reduced blood glucose levels in some cases. (Alcohol itself had no effect on blood glucose or insulin.) In those taking insulin or sulfonylureas, however, alcohol may cause a hypoglycemic reaction, of which the drinker may not be aware. Pregnant women or those at risk for alcohol abuse should not drink alcohol. Caffeinated Beverages Tea. Tea may have a very positive effect on the heart. Although it contains caffeine, it also is rich in flavonoids and other substances that offer protection against damaging forms of LDL. Green tea is often cited for its health benefits but black tea may also be beneficial. In one study, higher intake of black tea, particularly by women, was associated with a reduced risk for severe coronary artery disease. Tea also contains folic acid, which reduces homocysteine levels, a possible factor in coronary artery disease. Coffee. Regular intake of coffee has a harmful effect on blood pressure in people with existing hypertension. (Caffeine causes a temporary increase in blood pressure in everyone, which is thought to be harmless in people with normal blood pressure.) Unfiltered coffee (Turkish coffee, Scandinavian boiled or French pressed coffee, and espresso) contains an alcohol called cafestol, which may raise cholesterol levels. Filtered coffee does not contain this residue. Of some concern is a study that reports high levels of homocysteine in people who drink many cups of coffee per day (decaf does not raise these levels). Homocysteine is a possible factor in coronary artery disease. On the other hand, coffee, like red wine, contains phenol, which helps prevent oxidation of LDL cholesterol. A 1999 study reported an effect of caffeine on the brain that has implications for diabetes: it reduces blood flow in the brain even in the presence of sufficient glucose. People with diabetes who drink even two or three cups of coffee may actually believe they are hypoglycemic when their blood glucose levels are normal. One study suggested that this effect may actually help increase awareness of hypoglycemia in some people who have difficulty recognizing its symptoms ...read more.