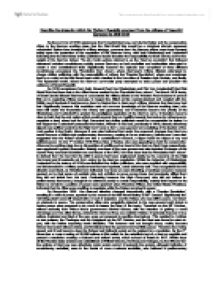 Describe the stages by which the Weimar Republic emerged from the collapse of Imperial Germany in 1918-1919 By the summer of 1918 assurances from Imperial Germany, namely the Kaiser and the conservative elites, to the German working class, that the First World War would be a victorious triumph appeared unfounded. Rather than invested in military strategy, concerns from the German officer corps were focused solely upon the protection of the reputation of the German Army, with both Hindenburg and Ludendorff indicating that the blameless civilian politicians should shoulder the responsibility for their naivety and for the weight of the German defeat. The six month period, referred to as the 'German revolution' that followed witnessed turbulent revolutionary activity across Germany as both socialists and nationalists attempted to create a new constitutional state. Significantly however the episode was comprised of three different revolutionary processes; the 'Revolution from above', where Germany's military dictators attempted to charge civilian politicians with the responsibility of defeat, the 'Popular Revolution', where war weariness lead to a mutiny at the Kiel Naval base which resulted in the formation of Russian style Soviets, and finally 'The Spartacist revolt', where the German communist party attempted to seize power and proclaim the existence of Soviet Republic. By 1918 acceptance from both General Paul Von Hindenburg and Eric Von Lundendorff that First World War had been lost to the Allied forces resulted in the 'Revolution from above'. The March 1918 treaty of Brest-Litovsk allowed Germany to concentrate its military efforts on the Western Front however it proved little as to capturing military success, in ...read more.

This however was not brought about, mainly because Scheer had acted without orders, and it indicated that the government had little power. Therefore the mutiny spread and it had become clear the Scheer had indirectly acted as the catalyst for a revolution. By the 2nd November a mass meeting of 20,000 sailors at Kiel called for the establishment of a German republic and passed a resolution creating a workers' and sailors' soviet, which echoed of Russia in 1917. Within days similar Russian style soviets were established at Wilhelmshaven, Hamburg and Cologne, by the 9 November the entirety of Germany was effectively under soviet control. Importantly the soviets ,although indicative of revolutionary socialists, were in the hands of more moderate socialists, who believed in parliamentary democracy. Nevertheless by the 9th of November the pressure on the Kaiser and Prince Max of Baden was insurmountable and both were forced to resign. This also resulted in the collapse of both the Kaiserreich and Imperial Germany and of the newly formed multi-party government, which allowed an exclusively six man socialist administration, under the guidance of the SPD leader Ebert, to take power. Furthermore in order to gain complete control and prevent the socialist revolutionaries from declaring a communist state, Scheidemann proclaimed the existence of a democratic German republic. Two days later Erzberger also successfully negotiated a ceasefire, which appeared to be the direct result of democracy however in reality the talks had taken several weeks. On 6 January 1919, the Spartacist League, a party which comprised of revolutionary socialists, attempted to seize power. ...read more.

The Spartacist uprising of 6-11 January 1919 was therefore crushed by the Freikorps, which were shown to be both ruthless and vindictive. The revolt which centred on Berlin was both numerically weak and lacked any sort of heavy weaponry and was thus quelled with little threat to the majority socialists ever arising. The principal victims of the attempted seizure of power were both Liebknecht and Luxemburg, who had been deemed the arbitrators of the uprising and were thus murdered on 15 January. The murder of both, who were prominent and respected politicians, had deep consequences for relations between the KPD and the SPD as it ensured collaboration between the two parties in the Weimar period was to be fraught. Notably in May 1919 the Bavarian Revolution, which had seen power fall into the hands of Levien and Levine who had proclaimed Bavaria a Soviet Republic, was also viciously crushed by the Freikorps, with around five thousand innocent people murdered. Bavaria subsequently thus became a hotbed for the extreme right and it fuelled the rise of the n**i Party. In conclusion it is therefore evident that the elections planned for the January 1919 sounded the fall of Imperial Germany and heralded the rise of Weimar Germany. Significantly however this stage for democracy was only reached after three prominent revolutions, the 'Revolution from above' the 'Popular revolution' and 'the failed Spartacist uprising', which respectively saw the power of the upper class, the working class and the army respectively exercised in order to create a situation where the Majority Socialists were able to create a Constituent Assembly and a new constitution. ...read more.